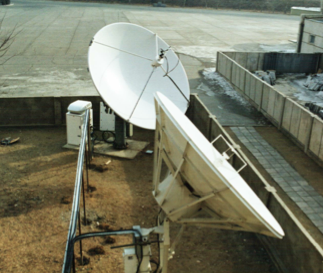 Back in 1998 the International Air Transport Association (IATA) improved its network connection into North Korea by linking the country’s air traffic control system via satellite.

The link, via Asiasat 2, was outlined in a presentation that was sent to me soon after. I hadn’t been able to find it for years, but just located a copy in an old email archive. While old and out-of-date, I thought there might be some interest in presenting some of the information here, and providing a bit of history:

Attempts to open up North Korea’s airspace began gathering pace in the mid nineties. Flying over the country rather than around it would allow airlines to cut costs and shorten travel times on some Asian flights. It also stood to make money for North Korea in overfly charges, but the country would require an upgrade to its air-traffic control system.

In August 1996, IATA announced North Korea would open its airspace to all flights from December the same year. Negotiations had been going on since early 1995 and the deal was expected to save airlines $125 million.

At the time, a spokesman for the DPRK’s General Bureau of Civil Aviation told KCNA:

We officially expressed our stand to allow all civil aircraft of the world to pass through our airspace a long time ago.

And we joined the international air passage agreement in January last year.

Accordingly, we and the International Air Transport Association have discussed and agreed on some practical measures to guarantee aircraft through our airspace.

The International Air Transport Association announced on 2nd August that the DPRK will allow all international civil aircraft to pass through its airspace from December this year.

This is patent proof that our measures to open the airspace are being promoted in real earnest at the practical stage.

Now the International Air Transport Association and all the civil aviation companies of the world warmly welcome this as one of great events in international civil aviation, adding that passage through the DPRK airspace is economically effective as it would lessen the time of flight by far, reduce the consumption of fuel and help save a lot of expenses.

Some dishonest forces are spreading false rumours about our measures of opening the airspace for the sinister political purpose of slandering the DPRK, but they will only be ridiculed and scorned by the international community. We are doing our best to promote convenience in international civil aviation and will welcome and actively help the passage of all civil airliners through our airspace. — KCNA, August 12, 1996.

But by late 1996 a firm deal had yet to be reached and the date was shifted to 1997. Talks continued and in September 1997 the DPRK finally reached an agreement with South Korea on air-traffic cooperation. Communications between the two sides had been a key sticking point.

The Associated Press reported at the time:

In talks that ended Wednesday, the two sides agreed that their air traffic control towers will communicate through surface telephone lines crossing the border.

North Korean airspace finally opened on March 1, 1998, when a Cathay Pacific cargo flight overflew the country. A couple of days later a Korean Air cargo jet made the same flight then a month later a Singapore Airlines flight from Hong Kong to San Francisco became the first scheduled flight.

But it wasn’t opened to all:

The US Government, however, will still not permit US airlines and US-registered aircraft to overfly the North Korean mainland. — Flight International, July 22, 1998.

The IATA project to upgrade the DPRK’s air-traffic control system had been going on at the same time, as detailed in these slides: 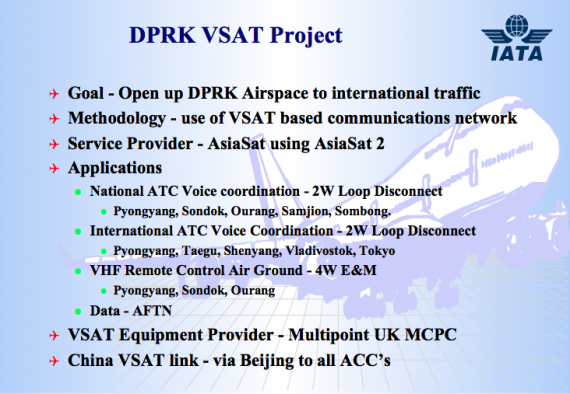 Here’s a map of the locations in North Korea that were connected: 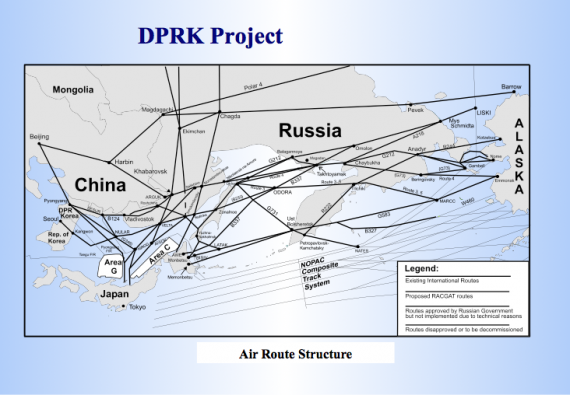 And pictures of the installation: 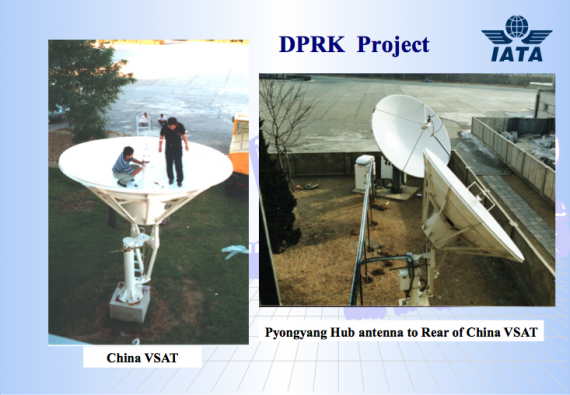 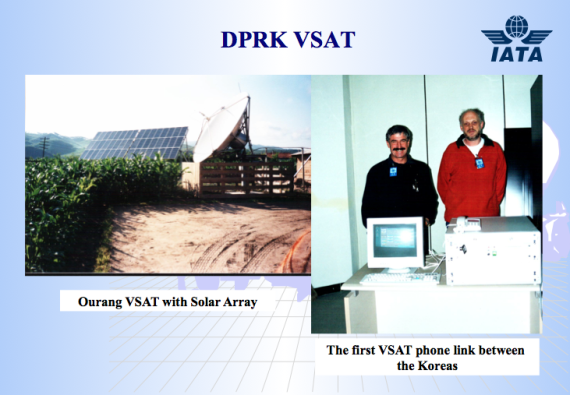 IATA performed a second update in 2002 with the installation of a new radar facility (called an MSSR or Monopulse Secondary Surveillance Radar):

Before the installation of the MSSR, Russia’s ATC authorities limited traffic entering and leaving North Korean airspace because of the need to transition aircraft to and from metrically calibrated Russian airspace. North Korea uses non-metric ICAO standards. – Flight International, 10 December, 2002.