The latest satellite imagery of North Korea’s Sohae-ri Launch Facility is in from GeoEye and adds weight to possibility that weather is causing problems at the launch pad.

The image, taken earlier Monday, shows a blanket of snow covering most of the launch facility. Visible in some areas are vehicle tire tracks, indicating some movement, but some of the tracks appear to have been covered with an additional layer of snow, indicating repeated snowfall.

Last week the DPRK said it planned to launch a rocket between December 10 and 22nd, and on Sunday said the launch window would be extended until December 29th.

No reason was given for the delay, but snowfall and cold weather is a distinct possibility. Cold weather brings the need for additional safety checks and allowances, even in experienced rocket launching countries. This is understood to be North Korea’s first attempt to launch in cold weather. 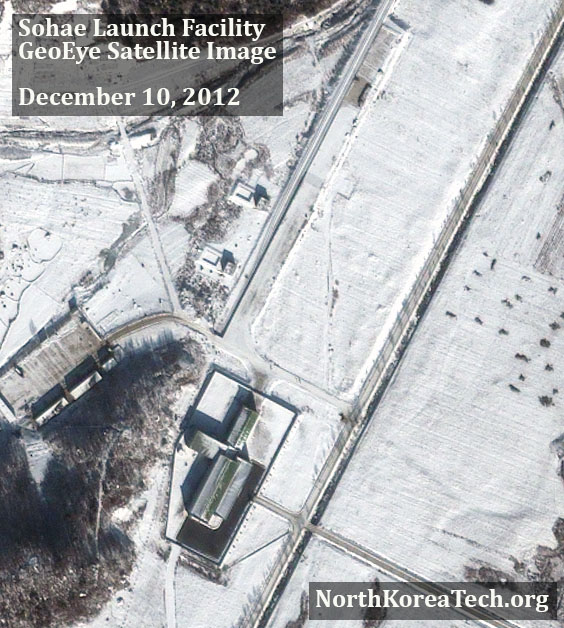 About half the launch pad has been cleared of snow, but a good deal of it remains covered. Some roads around the facility have also been cleared, but others remain covered in snow. 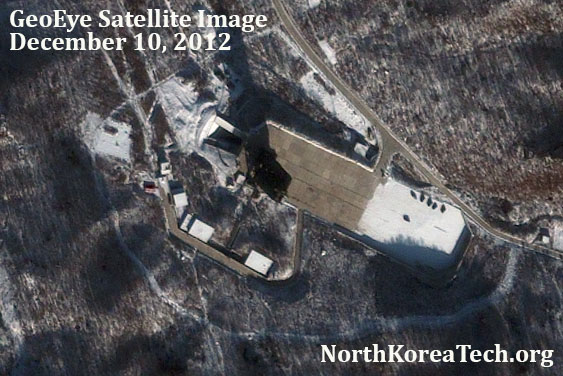 We are working on a full analysis of the image with partners at 38 North and will have that as soon as possible.