The site, which is one of only a handful hosted in Pyongyang, was first launched in late 2010 and has been redesigned a couple of times since it first went online. The new design, which appears to have debuted on January 4, is perhaps the slickest yet from an organization best know for its propaganda output.

The redesign doesn’t appear to have brought with it any new content areas or languages — at least, not yet — but there are a few things worth noting.

The first, and perhaps most striking for North Korea watchers, is the lack of a Juche year. The Juche calendar, introduced by North Korea in 1997, counts the year from the birthdate of Kim Il Sung: April 15, 1912.

So the date would typically be written “Juche 102 (2013).” The Juche year is missing from all language versions of the site, including the Korean version. The HTML code for the page doesn’t include any reference to a Juche year. 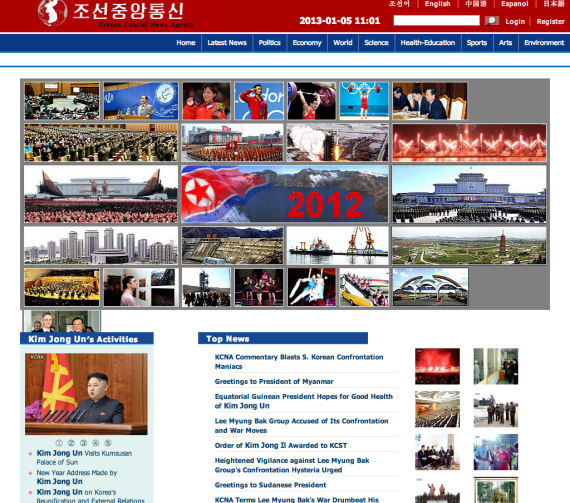 Also of interest is a new login function.

I registered for the site and don’t appear to have initially got any extra features or functions. I didn’t receive an e-mail confirming the registration, which I was hoping to get. 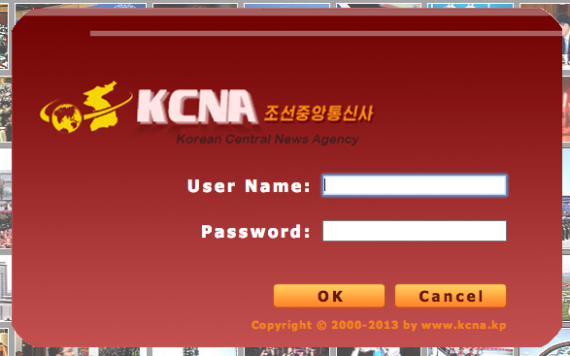 An intriguing addition to the page is an e-mail contact address. Along with a copyright notice (also missing a Juche year), there’s a Gmail address. But it’s not a big surprise to see the address goes nowhere.

When I first saw the address I was surprised that no one had previously snagged [email protected], but after receiving the bounced message realized there’s a reason why:

Yup, Google won’t let you register such a short address. So it seems like KCNA will have to choose another address at which to receive e-mail. Perhaps it was just a placeholder while the site was designed, but if so it’s interesting that Gmail was chosen.

Full text of KCNA announcement on execution of Jang