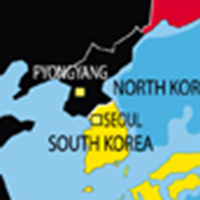 File this one under business as usual. North Korea was again ranked second-to-last in Reporters Without Borders’ annual press freedom index while South Korea continued to drop down the ranking.

The Paris-based press censorship watchdog ranked North Korea as 178th in its survey, just one rank above Eritrea.

“Kim Jong-un’s arrival at the head of the Hermit Kingdom has not in any way changed the regime’s absolute control of news and information,” the organization said in a statement.

North Korea and Eritrea have occupied the bottom two positions in the survey since 2007. Prior to that year, North Korea was ranked bottom from 2002 to 2006.

The survey looks into the availability of private media outlets, the ability to which journalists can question authority, professional journalism training, and whether the government or major companies hold sway over the media.

North Korea’s media is all tightly state controlled and no private media sources exist within the country.

North Korea, China (173rd), Vietnam (172nd) and Laos (168th), all ruled by authoritarian parties, still refuse to grant their citizens the freedom to be informed. The control of news and information is a key issue for these government, which are horrified at the prospect of being open to criticism. North Korea’s leader Kim Jong-un, who succeeded his father Kim Jong-il on 30 December 2011, appears to rule in concert with the military junta. — Reporters Without Borders, January 29, 2013.

Across the border, South Korea saw its rank fall from 44 to 50.

Benjamin Ismaïl, head of Reporters Without Borders’ Asia-Pacific Desk, told me the drop is partially due to the prosecution of Chung Bong-ju, a politician who was jailed for spreading false rumors during an appearance on the Naneun Ggomsuda podcast.

South Korea was also marked down for general online censorship, notably the security law that restricts information about North Korea, and the unlawful termination of journalists and breach of Editorial independence, he said.