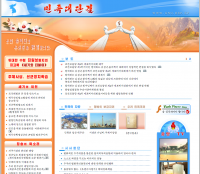 The site is supposedly run by Pyongyang Broadcasting Station, the country’s radio station that targets Korean-language speakers in South Korea, Japan and China, and its imminent launch was announced by state radio earlier this week.

At first glance, the site appears largely consistent with web design on other North Korean websites. There are North Korean scenes, flowers, a map of the unified country and news stories about inter-Korean politics.

Perhaps one of the most interesting areas is a grid of views on the lower right hand side of the screen from Korea Central Television. Unfortunately, the nightly news isn’t featured among them. 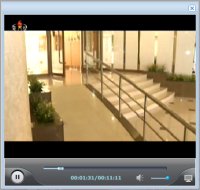 They play in a Flash video player — not a proprietary format like the Voice of Korea streaming audio — and the quality isn’t bad, although it isn’t great either.

Visitors will also find some audio clips and photos.

But, at least on first glance, there isn’t much on this site that can’t already be found on North Korea’s other websites.

In terms of technology, the site appears to be running on the same webserver that hosts several other Noth Korean sites, including Voice of Korea and the Naenara portal.

The server is running on CentOS, a free Linux-based operating system based on Red Hat Enterprise Linux.