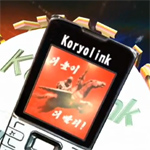 Ever since it became known last week that foreigners in Pyongyang would be able to get access to mobile Internet services through Koryolink, the big unanswered question has been ‘how much?’.

We now know, thanks to a report from China’s Xinhua News Agency, and prospective users might not like the answer.

The news agency said a USB modem and SIM card to access the Internet will cost 75 euro and 150 euro (US$100 and $200) respectively, and that’s without data charges.

Data will cost between 150 euro for 2GBs to 400 euro for 10GBs, with an additional 10 euro monthly charge for the SIM card, Xinhua said quoting an unnamed technician at Koryolink.

The technician was quoted as saying Twitter, Skype and conventional Internet would be accessible from cell phones, iPads and other devices after registering at the Korea Communications Center. The KCC is in downtown Pyongyang and it’s unclear from the Xinhua report if the same cards and registration will be available at Sunan Airport.

“We have tried more than one year to negotiate with the Korean side, and got the approval recently,” said the technician, noting again “it has nothing to do with the Google trip.” — Xinhua News Agency, February 24, 2013.

The technician also told Xinhua that Koryolink will try to get approval from the North Korean government for services more suited to short-term visitors.