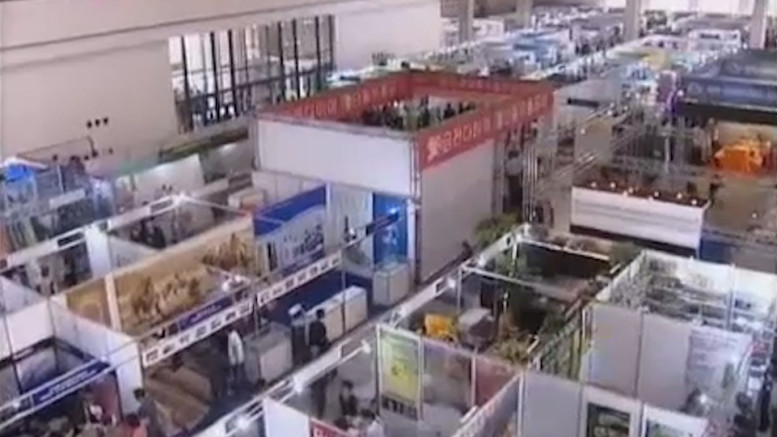 The Pyongyang Autumn International Trade Fair is scheduled to run until Thursday and has attracted companies from Germany, Russia, Malaysia, Mongolia, Singapore, Italy, China, Cuba, Turkey and Taiwan, according to the Korean Central News Agency.

In previous years, the fair has been the launching point for new tablet computers. Nothing was mentioned about new computers in Monday’s local press coverage, although Monday’s main evening news bulletin on Korea Central Television (below) did show again the Samjiyon tablet computer

You can find a full review of the Samjiyon tablet here, and details of its Chinese origins here.

The fair provides a platform for companies doing business with the DPRK to promote good relations by appearing at the event.

Based on the TV images and photos carried by KCNA, here’s a partial list of some of the companies in attendance: