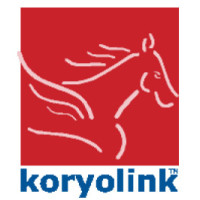 Orascom Telecom Media and Technology (OTMT), the Egyptian company that owns a 75 percent stake in North Korea’s on 3G cellular network operator, has apparently been doing very well in the North Korean market.

A recent audit report by Deloitte says the company’s assets in North Korea stand at US2 million, of which 2 million is sitting in cash. The figures were obtained using the official exchange rate on September 30. Due to currency controls imposed by the government, that cash isn’t readily available to OTMT to withdraw from the country.

“North Korea has implemented currency control restrictions and, in particular, rules surrounding the repatriation of dividends to foreign investors. Additionally, the local currency of North Korea is not tradable outside the country. Such restrictions limit the level of dividends that can be paid to the company from its North Korean operations,” Deloitte auditors wrote in their report.

The 2 million amounts to almost half of the assets of OTMT, but Deloitte notes that management says it does not anticipate needing the money to bankroll operations elsewhere.

The North Korean 3G network is operated by CHEO Technology and branded under the Koryolink name. Orascom began service in December 2011 in collaboration with North Korea’s Ministry of Posts and Telecommunications, which holds the remaining 25 percent in the company.

The company’s own figures show the service has received an enthusiastic response from those wealthy enough to afford the phones and monthly payments needed to use it. Earlier this year, OTMT signed up its 2 millionth customer. (North Korea’s population is around 25 million.)

Earlier this month, press reports said OTMT had decided to freeze investment in North Korea because of problems getting its money out of the country. That is untrue, OTMT said in a statement to the Egyptian Stock Exchange last week, but it doesn’t have plans to make any more investments either.

“Orascom Telecom Media and Technology Holding S.A.E. announced today that recent reports in some media sources claiming that OTMT is freezing its investment in North Korea are entirely inaccurate,” the company said in the statement.

“Where OTMT currently has no plans for new investments in North Korea, the company is open for new opportunities in this market, in which it has been investing for six years. The company has not announced any intentions to freeze investments in the North Korean market.”