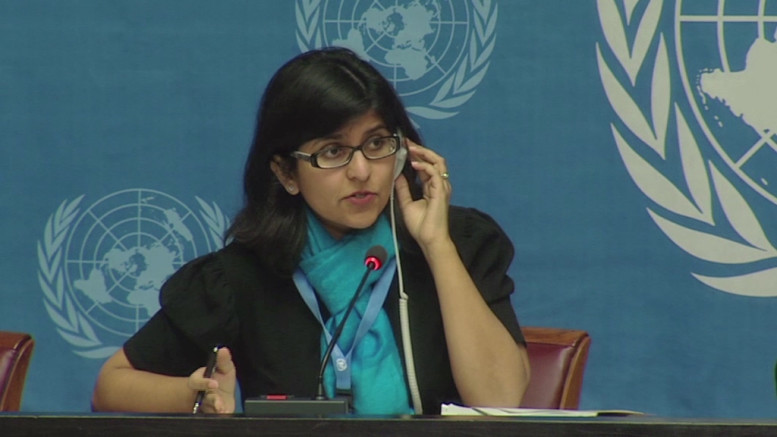 The United Nations Human Rights agency said it is following with concern news coming out of Pyongyang that Jang Song Thaek was executed this week.

“This underscores the arbitrary nature of the system in the DPRK and the absence of transparency and due process which is required for the rule of law,” said Ravina Shamdasani, a spokeswoman for the UN High Commissioner for Human Rights, in a briefing in Geneva.

In Washington, the U.S. State Department said the execution illustrated “the values of the regime, their low regard for human life, what’s probably one of the worst human rights records in the world.”

Here are clips of the two briefings:

DPRK takes “The Interview” movie complaint to the UN

1 Comment on "UN, US State Dept. react to execution of Jang Song Thaek"