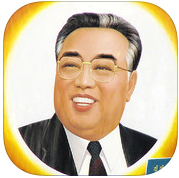 If you use an Apple iPhone or iPad, there’s a new app that lets you stay current with news from the Korean Central News Agency.

IJuche is the product of work by Peter Curtis, who says he became fascinated with the DPRK after reading Andrew Holloway’s “A Year in Pyongyang.”

“When I decided that I wanted to try my hand at iOS app development, I asked myself what sort of app I’d like to see on my iPhone and iPad that nobody else had written already,” he said.

And so came the idea to focus on North Korea.

“As your readers most likely know, official DPRK websites don’t tend to be terribly elegant or readable, and the problems are compounded on mobile devices. I could generally drag myself to the KCNA website once every few months when I thought about it for some reason, but never bothered to try keeping up with it,” said Curtis.

“With that in mind, I figured out what sort of iPhone/iPad app I could make that would be useful to me, and, ideally, a few other folks.”

The app queries the kcna.co.jp website daily and pulls in new headlines and articles and presents them in an easy-to-read interface. The Japanese site isn’t quite as fast in updating news as the kcna.kp site, which is based in Pyongyang, but the code behind the site is simpler and so easier to work with.

“In my own case, I simply love that I can be sitting in a bar, lying in bed, or what have you, and pull out my phone in a moment of boredom to see the latest announcements from North Korea. When KCNA is this much more accessible, it’s easier to follow ongoing narratives.”

iJuche can be found in the Apple App Store.

Here’s a couple of screenshots from the app. 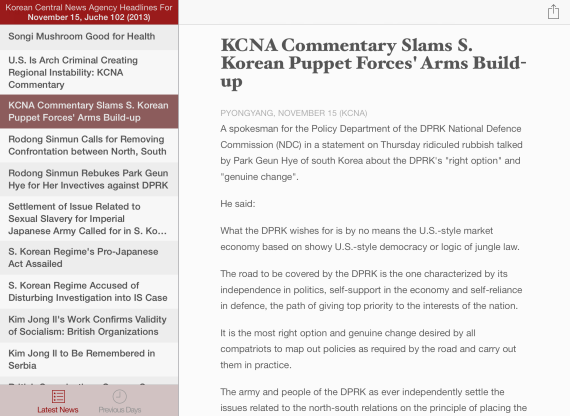 And the iPhone app: 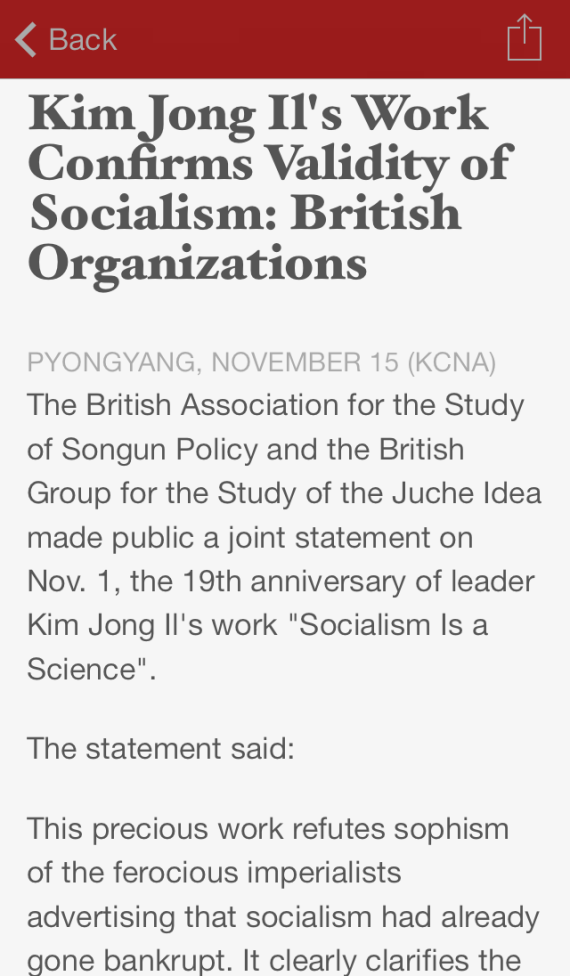