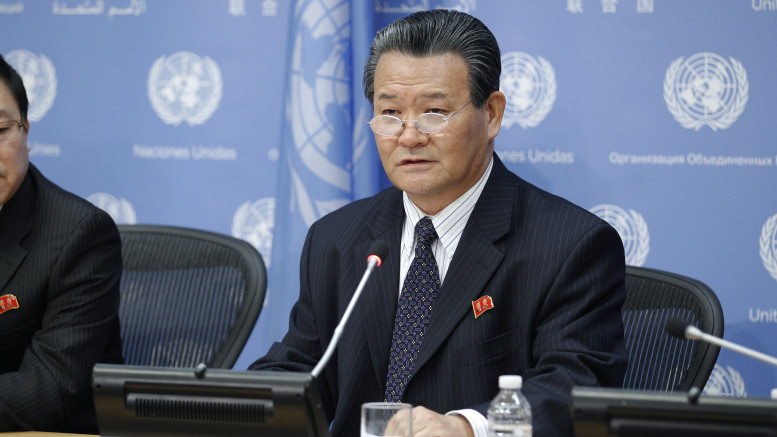 It’s not often that a North Korean official faces a skeptical press corps and takes questions. Judging by Friday’s appearance at the United Nations by DPRK Ambassador Sin Son-ho, it’s even rarer that they provide answers to those questions.

Sin called a news conference at the U.N. in New York on Friday morning to announce North Korea’s proposal to lay steps towards “national reconciliation and unity” with South Korea.

His comments echoed those of North Korea’s National Defence Commission, which earlier in the day published the proposal through the state-run Korean Central News Agency.

A key demand is that the U.S. and South Korean cancel the Key Resolve and Foal Eagle military exercises that are due to begin in South Korea in late February. 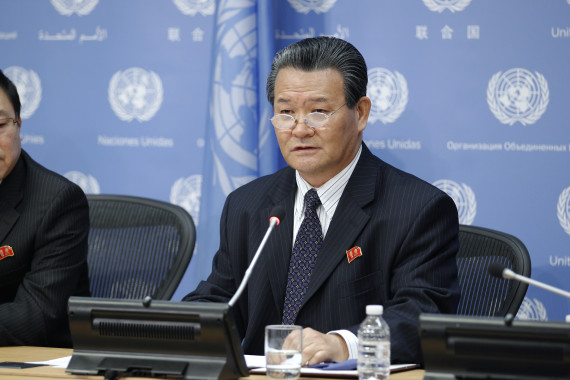 Sin began by wishing U.N. correspondents a happy new year and spoke for just under 16 minutes before turning it over to questions.

Pamela Falk of U.S. TV network CBS was first up and as soon as she had finished her question, Sin turned his attention to another journalist and motioned for his question.

“Do you want to answer that one or take more than one?,” asked the next reporter.

Two questions followed and then Sin spoke for 1 minute. But what followed wasn’t an answer.

“Thank you very much for raising such important questions,” he said. “I’ll take a long time if I explain all the questions you have raised, but I’ll give you my advice. You can find the answers from my briefing here,” he said motioning to the printed copy of his speech.

“Then you can find answers if you carefully read different media from my country, the Korean Central News Agency as well as the other media from my country. You can find out every detail that you want to know about the Korean situation, in particular regarding two very important proposals from the National Defense Commission that have been published on the 16th January, this month.”

“I thank you for your attention.”

And with that, he was done.

Here’s the entire news conference. The Q&A begins at the 16-minute mark and Sin’s “answers” at the 18-minute mark.

Below that is the statement from January 16, submitted by Sin Son-ho to the UN as an official document.