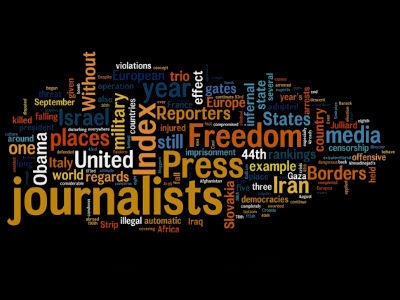 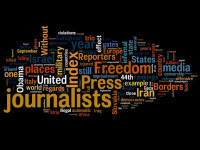 North Korea has held on to its position as the second-worst country in the world for press freedoms, according to the latest annual survey by Reporters Without Borders.

The report, published on Wednesday, put North Korea at position 179.

During 2013, the country was singled out for particular criticism by the group for media coverage of the arrest, trial and execution of Jang Song Thaek.

State media went into overdrive during the event, describing Jang’s alleged crimes in detail and denouncing him for them.

At the time, the press freedom group said the coverage was “tantamount to mass intimidation” and that “such an atmosphere of terror will weigh heavily on the little freedom of information remaining in such a closely-watched society.”

Countries are ranked according to six criteria:

Based on North Korea’s concentration of all media inside the government and the absolute and complete control of the state over its common output, it’s perhaps not surprising that the country scored so badly.

South Korea was ranked 57th on the survey. While much more free than its northern neighbor, South Korea was criticized for actions it took against two journalists for comments made in a podcast about President Park Geun-hye’s brother and father.