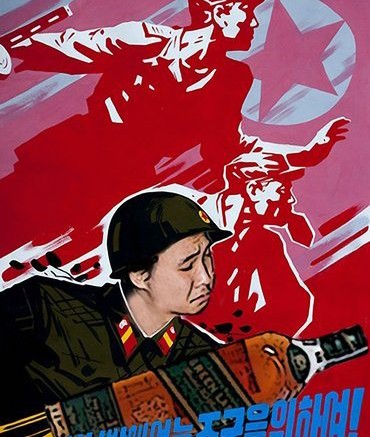 South Korea’s top court has upheld the acquittal of a free-speech activist for retweeting North Korean tweets, according to several local media reports.

Park Jung-geun, a Seoul-based photographer, was arrested under the country’s anti-communist National Security Law for a series of tweets posted in late 2010 and early 2011. They included retweets from Uriminzokkiri, a China-based website with close links to the regime in Pyongyang, and some in which Park had substituted his own face in revolutionary imagery (see below). 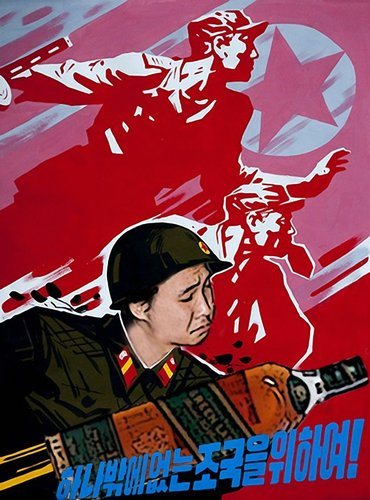 At his first trial, a district court accepted the posts were intended as parody but ruled that taken as a whole the posts were “supporting and joining forces with an antistate entity.” He was handed a 10-month prison sentence, suspended for two years.

An appeals court overturned the verdict recognizing that Park’s posts were satirical in nature and on Thursday that was confirmed by the country’s Supreme Court.

The Joong-Ang Ilbo reported the judges as saying in their verdict, “Praising the North Korean regime, a violation of the National Security Law, is applied [to a suspect] when there is possibility [for him] to commit an evil act harming the existence of the country and public security. But he was not that kind of case.”

Park’s case was one of the first to test how the law, originally enacted in 1948, extended to social media platforms, where users often share content from others. The law targets those who “praise, encourage, disseminate or cooperate” with anti-social groups, in this case the North Korean government.

South Korea routinely censors North Korean media output, jamming radio and TV broadcasts and blocking access to pro-North Korean websites, but the rise of sites like Twitter and Facebook has presented new problems because the government would have to block access to the entire site to stop citizens from seeing the content.

When it was originally prosecuted in late 2012, it helped shine international light on the law and South Korea’s extensive online censorship system, which also extends to pornography and content judged harmful to minors.

Around 40 questioned over “pro-NK” Internet postings