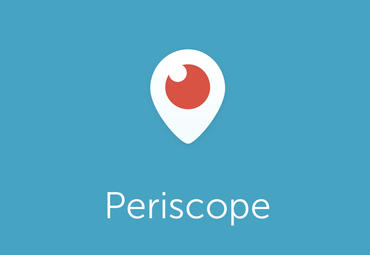 Coleen Baik, a designer who previously worked at Twitter, is in North Korea at the moment as part of the Women Cross DMZ movement. The group are in the headlines for their plan to cross from North Korea to South Korea at the border in Panmunjom, if both countries allow it. Right now that appears in jeopardy.

She’s been chronically the trip on Twitter, naturally, with photos and live video.

On the flight to Pyongyang with a little light reading. pic.twitter.com/rS1oZbhwon

The first Periscope appears to be this one:

LIVE on #Periscope: On our way to meet with the Korean Women at People's Palace of Culture #womencrossdmz2015 https://t.co/FSrJY2KP7f

And there are several more.

Baik told North Korea Tech that she’s streaming via the Koryolink 3G cellular service and she paid $250 for the basic Koryolink service then $450 for 2GB of data.

“Expensive but actually not as much as I expected,” she said.

Here’s what a dance performance looked like, viewed from a web browser. 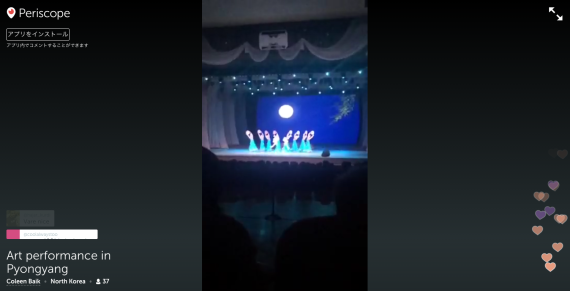 The ability to live stream from Pyongyang has been available since the Internet arrived several years ago, but with the launch of apps like Periscope and competitor Meerkat, it’s getting much easier.

That raises interesting questions for the guides that escort tourists around the city. Typically, almost everything can be photographed, but sometimes a sensitive image is captured and the traveler is asked to delete it.

With live streaming, the image has already left the country and been broadcast – it’s too late to take it back.

Incredibly moved by the stories of DPRK women who suffered unspeakable horrors in the Korean War. #womencrossdmz2015 pic.twitter.com/2YtJULeCVW

Correction: An earlier version of this story said Coleen Baik was a user interface designer at Twitter. She left Twitter in 2014.