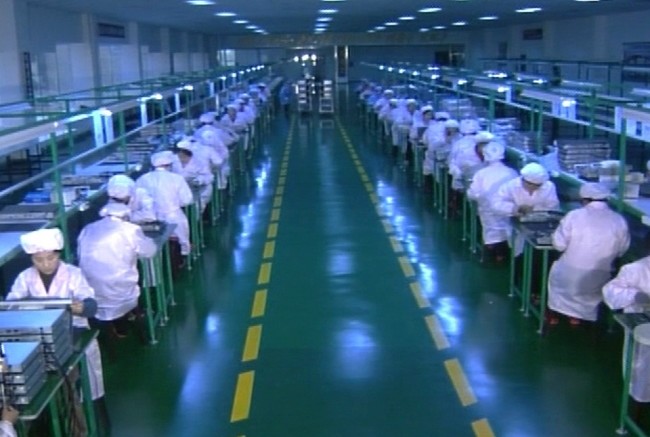 Hana Electronics, one of North Korea’s best-known and only electronics companies, is profiled in the latest edition of “Foreign Trade” magazine.

The company was established in May 2003 as a joint venture between the U.K.’s Phoenix Commercial Ventures and the trading department of North Korea’s Ministry of Culture.

It’s been making, or at least assembling, DVD and Video CD players for many years. The actual level of production that goes on at the factory is unknown. The only pictures that have been issued are of what appear to be quality control stations, where finished products are checked. It’s likely the company’s products or major components like circuit boards are made overseas and imported.

The Foreign Trade feature doesn’t clear up the mystery, showing the same factory floor that’s appeared in all images.

Also photographed is a line-up of current products, which appear to include televisions, portable DVD players and karaoke microphones. 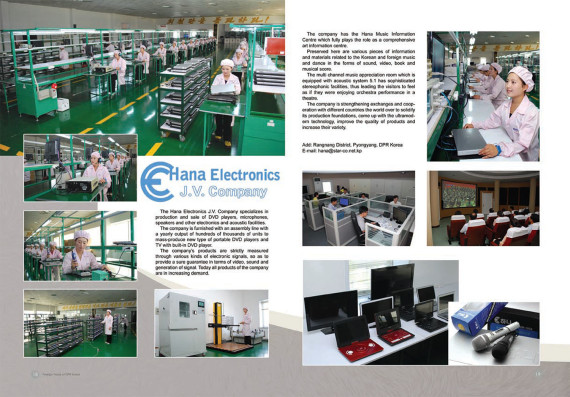 A double-page feature on Hana JV from the 2015 first quarter issue of Foreign Trade magazine.