North Korea’s space agency told the Associated Press last week that it is planning to launch another satellite.

The satellite will be the fifth it has attempted to put in orbit. The first three launches were unsuccessful but the fourth, in December 2012, successfully placed a satellite into space, although the satellite appears to have malfunctioned.

Another launch is certain to bring further criticism from neighboring countries and the United Nations Security Council and North Korea appears to be preparing for this in the same way it handled it last time: by claiming it has a “legitimate right to space development for peaceful purposes” and that any criticism is a double-standard. 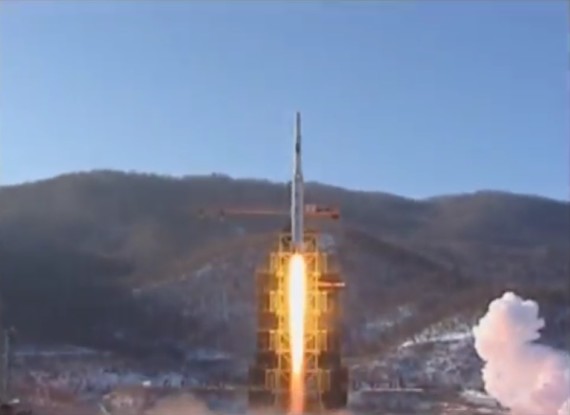 In an interview conducted in Pyongyang, the agency told the AP:

“We are developing a more advanced Earth observation satellite and when it’s complete, before launching it, we will inform international organizations and other countries,” Paek Chang Ho, vice director of the scientific research and development department of the North’s space agency, said in the interview. — Associated Press, June 4, 2015.

The country’s third satellite, which was shown off to media before launch, did appear to be a earth observation satellite. It’s probably not by chance that the DPRK chose this designation. Both Japan and South Korea have recently launched “earth observation” satellites without complaints from the international community.

But of course, the satellite and the way it notifies neighbors isn’t the point. The problem is the rocket.

The Security Council … recognizing the freedom of all States to explore and use outer space in accordance with international law, including restrictions imposed by relevant Security Council resolutions, condemns the DPRK’s launch of 12 December 2012, which used ballistic missile technology and was in violation of resolutions 1718 (2006) and 1874 (2009) … and demands that the DPRK not proceed with any further launches using ballistic missile technology. — UNSC Resolution 2087 (2013), January 22, 2013.

The DPRK wasn’t too happy with the resolution and justified the launch with the same reasoning.

The U.S. and its allies wantonly violated the independent right of a sovereign state to develop space. This hostile act is an indication of the inveterate repugnance and hostility toward the ideology and social system in the DPRK.
Defending the right to the peaceful use of space is not just an issue pertaining to the right to develop space but an issue related to the destiny as it is one for defending the sovereignty and achieving the prosperity of the country and the nation. — Korean Central News Agency, February 7, 2013.

But the line between a ballistic missile and satellite launcher is fine and there’s little doubt that development for the latter can help the former.

After the launch, the South Korean government recovered parts of the rocket from the sea and said the first stage was made of four Rodong missile engines while the second stage used the engine from a Scud missile.

Current speculation puts the launch in October, to coincide with the 70th anniversary of the Workers’ Party of Korea.