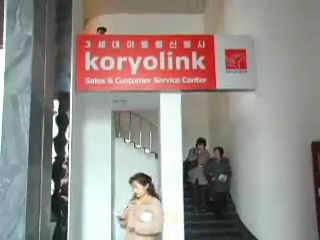 Foreigners in Pyongyang can once again access the Internet from their smartphones, according to a report.

Service was suspended last Friday because of an Internet connection problem with no estimated time of restoration, according to a message sent to subscribers by carrier Koryolink. The outage and message were reported by Reuters.

During the outage, websites hosted in Pyongyang remained accessible, so Internet service was at least reaching the capital. The problem, if indeed it was technical, was local to the city.

The resumption of service was reported on Twitter by James Pearson, the Reuters journalist in Seoul who first reported on the outage.

At first, it was tempting to think there might have been more at play. The outage occurred a day after the Koryo Hotel caught fire. The building is one of the most famous in Pyongyang and security agents were said to be stopping foreigners from snapping pictures of the flames.

Still, some made it out and news of the fire spread around the world. North Korean media still hasn’t mentioned it.

So was the outage due to a sudden realization that the service offered too big a crack in North Korea’s propaganda wall that surrounds the country? Like many things in the country, we’ll never know.

But the return of service after a few days does seem to make that less likely.