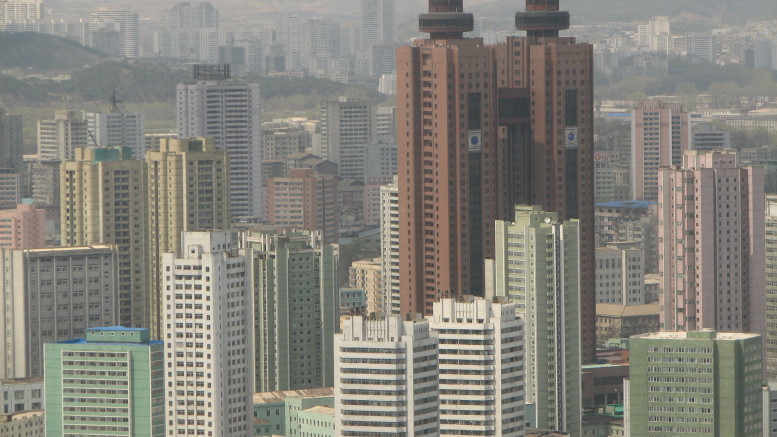 It was always a bit of a paradox: in the country with some of the strictest censorship on the planet, Internet access for the lucky ones that had even less restrictions than neighboring China.

In North Korea, the Internet divide between the elite and the rest of the country couldn’t have been wider: you either had everything or you had nothing at all.

Late last week the country began blocking Instagram, according to an Associated Press report from Pyongyang, and with it began plugging what had been an unusual gap in the country’s censorship that had existed for more than two years.

The filtering appears related to the fire on June 11 at the Koryo Hotel. At the time, a Reuters report said that security agents were stopping people from taking photographs of the hotel ablaze.

But photos still got out and a day later, Internet service was suspended for foreigners in Pyongyang who accessed through Koryolink, the sole cellular provider. On June 16, the Internet returned and right about the same time (the exact timing is unclear) the AP says Instragram became unavailable.

If the timing was coincidental, then perhaps the authorities came to notice Instagram through its use by photographers such as David Guttenfelder, a former AP photographer and now National Geographic photographer who posted critically acclaimed shots of Pyongyang on the service. Or perhaps it was Drew Kelly, a tour guide who also gained a following for his North Korean photos, or Wong Maye-E, who photographs the capital for AP.

Instagram has been popular among visitors to the city and provided an instant and unfiltered view of life in the country.

When it launched for foreigners in 2013, the service became instantly useful to journalists, business people and tourists in the country. While pricey at $450 for 2 gigabytes of data, the ability to connect to the Internet meant a near realtime stream of photos, messages and sometimes video from the heart of North Korea.

That it was permitted at all is perhaps surprising for a country with such a tight control of information, but the government probably bet that a few foreigners wouldn’t get too much out of control. If that was the bet, it didn’t pay off when the Koryo Hotel started burning.

But why the fuss?

The world appeared only mildly interested in the fire and the Koryo Hotel blaze wasn’t very serious in terms of damage.

Perhaps the bigger issue wasn’t the photos traveling around the world but what would happen if (or when) those photos make it back inside the country.

State media still hasn’t reported on the fire and given the length of time that has passed probably never will. Rumors will have spread — the hotel is visible from all over the capital so the fire will hardly have gone unnoticed — but rumors die out. Photos are much more ephemeral and will be a useful tool for those sending in propaganda about the state of the ruling regime.

Because North Korea keeps such tight domestic controls, information has to leave the country before it can get widely distributed and that’s exactly what the unrestricted Internet connection is allowing.