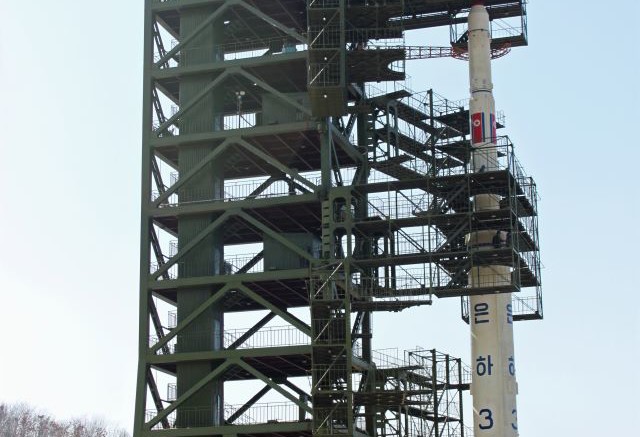 North Korea has brought forward and shortened the launch window for its Kwangmyongsong satellite — a strong sign of confidence that the rocket is ready to launch and good weather is expected.

Originally the country had told international shipping, aviation and telecommunications organizations that the satellite would be launched sometime between Feb. 8th and 25th, but on Saturday it changed that to Feb. 7th to 14th.

In a brief letter, the country’s Maritime Administration told the London-based International Maritime Organization: “With reference to my notification letter dated 2 February 2016 on the launch schedule of earth observation satellite “Kwangmyongsong,” I have the honour to inform you the reserved launch date has changed to 7-14 February 2016.” (see below)

Satellite images snapped earlier this week and analyzed by 38 North indicated the fueling process had already begun at the Sohae launch site, indicating the final preparations were underway.

The skies over North Korea were clear on Saturday afternoon and good weather is forecast for the next few days. Rain could arrive in the middle of the week.

So the launch has probably been brought forward because the rocket is ready and the weather is cooperating.

Jeffrey Lewis at Arms Control Wonk points out the launch is now scheduled to occur before the public holidays on Feb. 14 and Feb. 16. The former is “Generalissimo Day,” the day late leader Kim Jong Il posthumously received the title “Generalissimo of the Democratic People’s Republic of Korea” in 2012, and the latter is the “Day of the Shining Star,” which is the birthday of late leader Kim Jong Il.

Both are major propaganda holidays when the government tells the people how strong the DPRK has become thanks to Kim Jong Il. 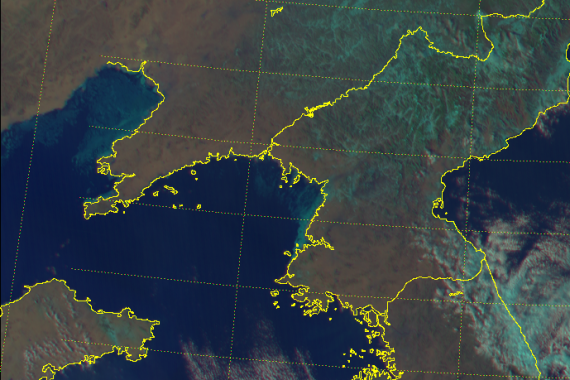 In 2012 when the country last attempted to put a satellite into space, it also adjusted the launch window but that was due to a technical problem with the first stage engine control system.

On that occasion, engineers discovered the problem during final checks of the rocket right before the start of the Dec. 10th to 22nd launch window and extended it to Dec. 29 to give themselves time to fix it. In the end, the satellite was launched on Dec. 12th. 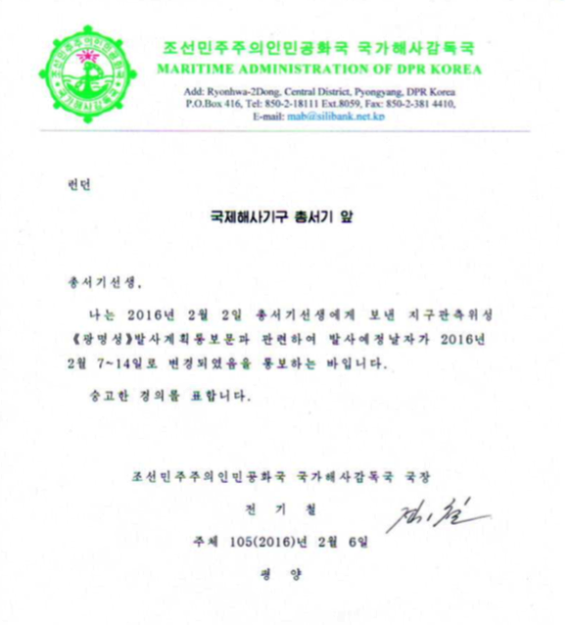 The updated launch notification sent by the DPRK to the IMO on Feb. 6, 2016 (Photo: NorthKoreaTech)