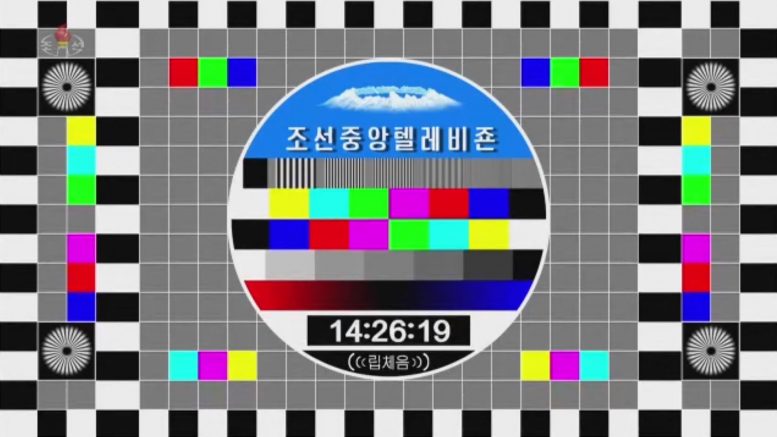 A common question I get is whether it’s possible to watch North Korean TV live. There are several sources available with different levels of reliability and quality.

Broadcasts begin at 3pm Pyongyang time on most days and run until around 11pm. On Sundays and public holidays, programming usually begins at 8am. News is broadcast at 5pm, 8pm and shortly before closedown. The 8pm news is the major bulletin of the day. With the exception of a handful of special events, all programming is recorded.

Korean Central Television (조선중앙텔레비죤) doesn’t offer a livestream but it is available on the web via other sources.

Korean Central Television is available in most regions of the world via satellite. The feeds are in the C-band and require a satellite dish of around 3 meters in diameter or larger (Common digital pay TV dishes will not work) and a digital satellite receiver.

The main signal comes from Thaicom-5 and covers an area from Japan and Australia in the east to Europe and Africa in the west. Only the most western countries in Europe and Africa are outside of its reception area. This feed is in high definition.

A second feed is available on Intelsat 21 and covers the Americas, western Europe and the western half of Africa. This feed is in standard definition.