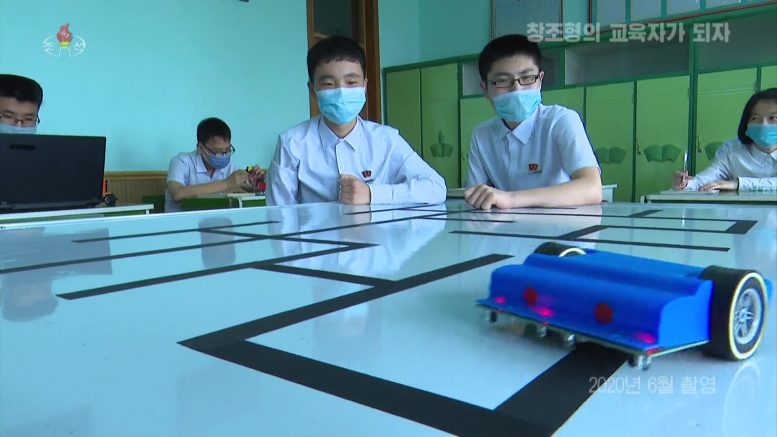 Engineers at Kim Il Sung University have developed a robot vacuum cleaner, according to a submission to a North Korean journal of inventions.

The robot is not pictured but sounds similar in design and concept to the cleaning robots that are on sale around the world.

It has two wheels on a differential drive axle, which allows it to maneuver and turn, a roller-type spiral brush, a dust collection bin, a system to avoid obstacles and an algorithm for “ㄹ-shaped” path coverage, according to the article. Details of the robot were published in the June 2021 edition of the Official Journal of Invention, which is produced by the Invention Office of the DPRK.

At the heart of the robot is an STM32F107 microprocessor, according to the article. The chip is produced by Geneva-based ST Micro and is based on the popular ARM Cortex CPU.

The journal article doesn’t include any details about further plans for the invention. 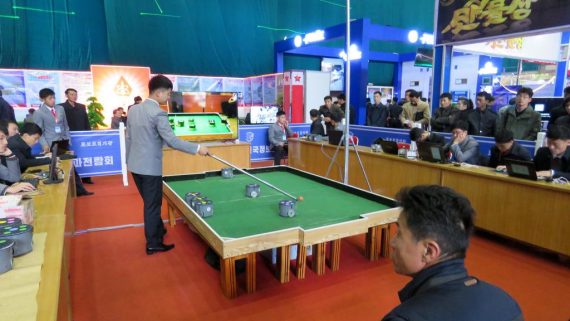 Robot football at the 2019 National Exhibition of Sci-Tech Achievements in the Field of Robot (Image: Sogwang)

North Korean researchers have been investigating and producing small robots for several years and Kim Il Sung University is one of the leaders in the field. A team from the university won the college student robot soccer championship at the 2019 National Exhibition of Sci-Tech Achievements in the Field of Robot.

During the exhibition, which was held in October 2019, Kim Chaek University of Technology showed off a “spider-like moveable robot with six legs” and a robot controlled by a smartphone, according to state media. The exhibition also included industrial robots for use on production lines. 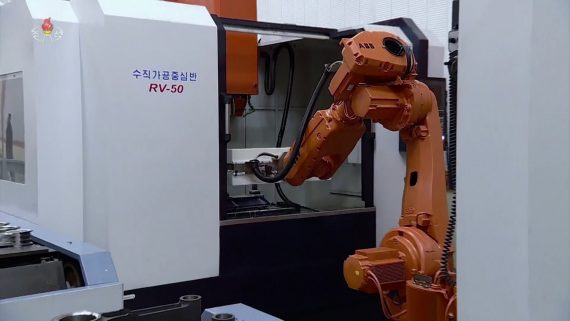 An ABB industrial robot working alongside a North Korean CNC machine shown on Korean Central Television on May 25, 2021. (Image: KCTV)

North Korea revolutionized its production lines with CNC automation and now appears to be looking towards robotics to further increase efficiency, precision and safety.