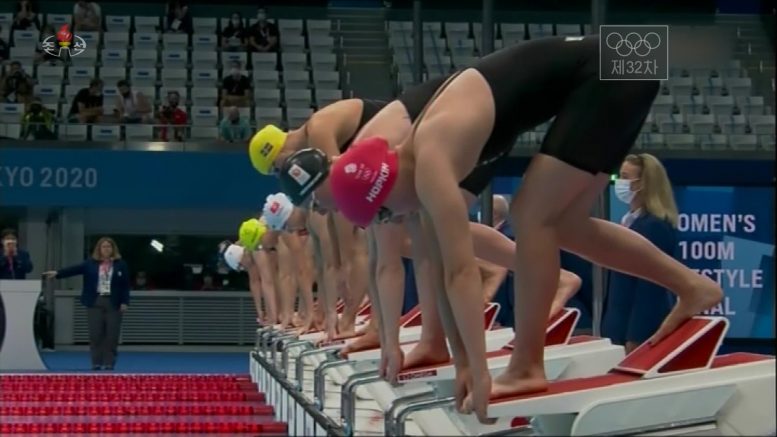 Korean Central Television launched coverage in its late afternoon sports slot between 4pm and 5pm on Tuesday, August 10, and has so far shown highlights daily with the exception of Sunday, which was the Liberation Day national holiday.

On Tuesday it showed the women’s football match between England and Chile. On Wednesday it showed the Brazil vs China women’s soccer and on subsequent days the coverage consisted of a mixture of sports. For example, on Thursday women’s handball, women’s swimming and rowing were broadcast.

The coverage is being presented with no commentary and is relying on low-resolution video. It’s unclear where KCTV obtained its footage, but South Korea’s Seoul Broadcasting System (SBS) holds Olympic rights for the entire Korean peninsula and should be the supplier. In previous years, KCTV has been given access to Olympic video through a deal with SBS and the Asian Broadcasting Union. I emailed the ABU for comment but it hasn’t replied.

You can see the low resolution of the games video in these screen shots. Contrast the video image with the sharpness of the Korean-language on-screen graphics generated by KCTV. There is a big difference. The Olympics footage is at-best standard definition and could be lower quality. 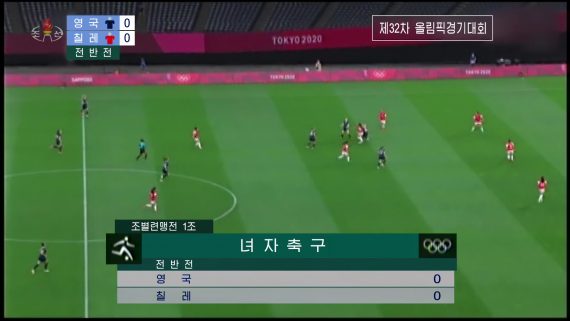 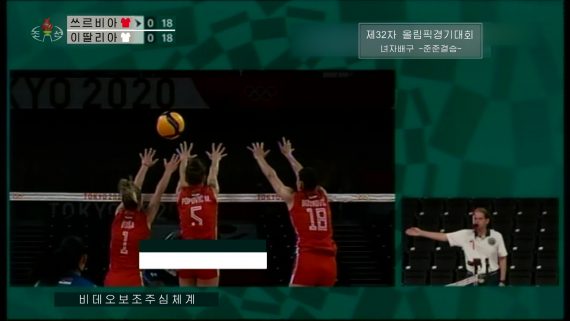 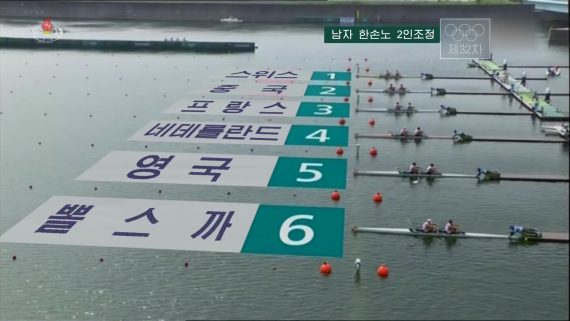 The delayed coverage is in contrast to the KCTV’s coverage of the last five summer games when highlights were carried with a delay of only a few days. For example, highlights of the Rio games were aired over 16 days starting with the first broadcast on August 9, four days after the event began, to August 24, three days after the games ended.

KCTV devoted most time in recent years to the 2012 London Olympics, which saw highlights broadcast on 26 days between July 29 and October 3, according to data from the South Korean Ministry of Unification. The data shows that North Korea has skipped sports coverage of the 2010 and 2018 winter Olympic games and all Paralympic Games since 2004.

The Olympics coverage isn’t the only major sport being shown with a substantial delay.

Korean Central Television still isn’t done with coverage of the UEFA Euro 2020 football tournament. It’s last coverage was on August 10 when it carried the June 26 match between Wales and Denmark. That was the first group of 16 match to be carried. It had previously been broadcasting the group stage matches. It’s unclear if football fans will have to wait until the Olympics coverage is over to see the remainder of the Euro 2020 championship or if the coverage will be alternated with the Olympics.