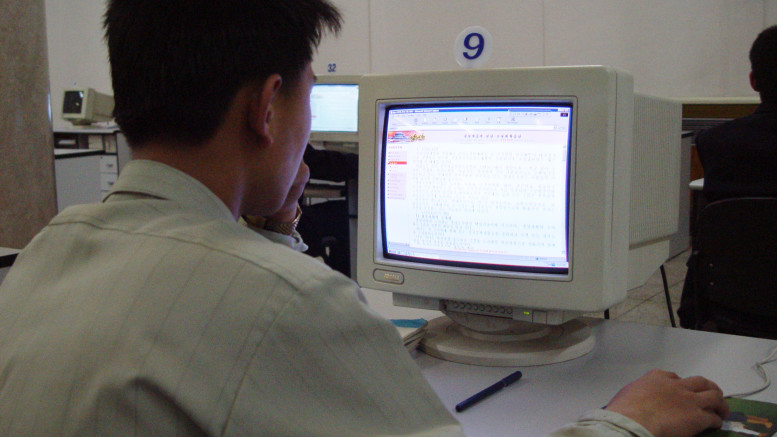 Kim Jong Il has called for the expansion of a domestic computer network, according to domestic media reports. His comments were made earlier this month, when he visited the recently-built North Hwanghae Provincial People?s Study House, said KCNA and state radio.

The study house was opened in September 2010 and covers 4,500 square meters, according to a BBC Monitoring transcript of a state radio bulletin broadcast on Jan. 21.

In has a capacity of hundreds of thousands of books, databases, seats for 500 and is connected to the remote lecture service that was started by the Grand People’s Study House in Pyongyang last year, said state media. (See “Distance education network reportedly launched,” Nov. 17, 2010; and “A closer look at the e-learning system,” Dec. 8, 2010.)

Kim Jong Il toured the study house and visited the distance-education room and an electronic reading room, according to a KCNA report.

After seeing the recently-completed rooms, he reportedly noted the need to expand the national Kwangmyong intranet service (an Internet-like network that is closed off from the global Internet) to all study houses in the nation.

Saying that the reading [of books and materials] via the computer networks run by the North Hwanghae Provincial People’s Study House is not only an economical, but also an effective way of enabling the multitude of people to read in any place, Comrade Kim Jong Il noted the need to normalize the computer network service between the Grand People’s Study House and county libraries so as to scientifically organize and manage reading as required by visitors to the study house and thus continuously raise the level of their technological knowledge. – Korea Central Broadcasting Station news, 8pm, Jan. 21, 2010 via BBC Monitoring.