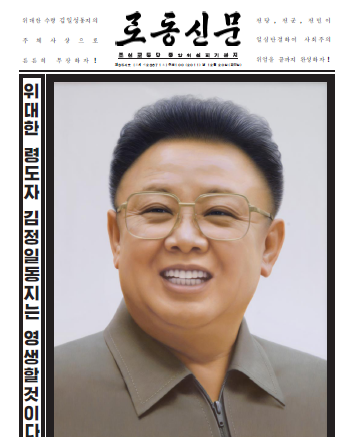 A day after North Korea was told of the death of Kim Jong Il, his official portrait dominates the front page of the Rodong Sinmun. The newspaper is the most powerful mouthpieces for the ruling Workers’ Party and as such the front page isn’t a surprise. 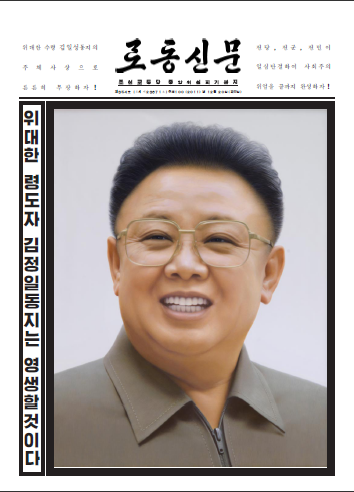 Page 2 carries the official announcement of his death that was published by on Monday by the Central Committee and the Central Military Commission of the Workers’ Party of Korea, the National Defence Commission, the Presidium of the Supreme People’s Assembly and the Cabinet of the DPRK. 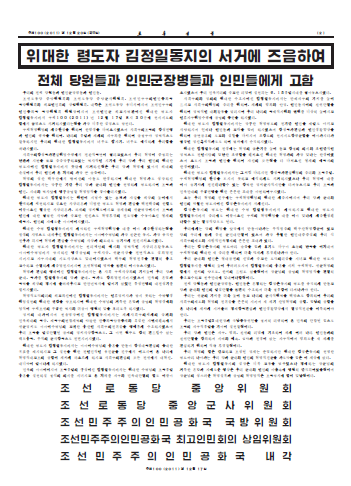 Page 3 has the names of the members of the national funeral committee. The list, which was published in full on Monday, is led by Kim Jong Un. In the past I’ve written about the use of a larger of bold font on North Korean websites whenever the names of Kim Il Sung or Kim Jong Il are written. That hasn’t yet started on the web for Kim Jong Un but his name does appear in a larger and more prominent font at the head of this page. (It’s the five Hangul characters immediately above the list of three-character names.) 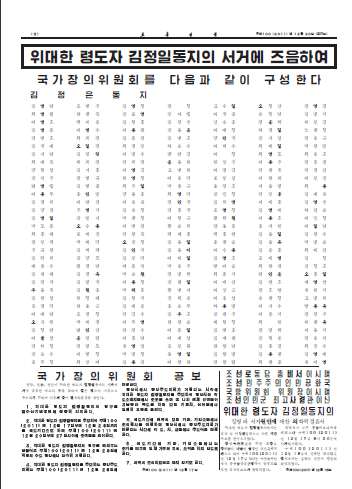 Pages four, five and six cover other announcements from Monday and coverage of mourning. There are seven photographs showing Pyongyang-ites in grief. 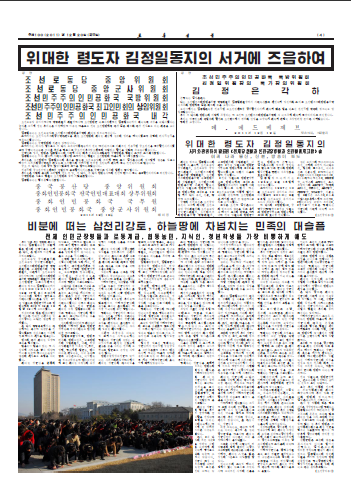 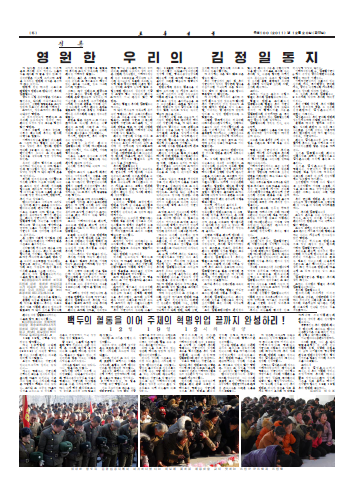 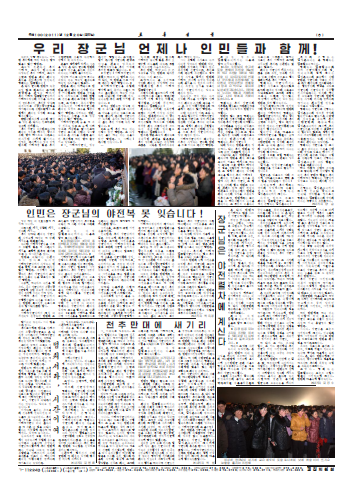 The original PDF files of the newspaper pages can be downloaded from the Rodong Sinmun website. The same site also includes conventional web versions of the same stories. If you need to cut and paste the articles it’s easier to do it from the website.

I’ve also placed the PDFs below.