For the second year in a row, North Korean leader Kim Jong Un appeared on state TV and radio on January 1 to deliver a new year address to his nation.

The direct address was something of a surprise when it happened last year as Kim’s father, Kim Jong Il, was rarely heard speaking on state media. For many years, he delivered his annual address through an editorial in the Rodong Sinmun newspaper.

This year’s speech comes at an interesting time, happening just weeks after Jang Song Thaek was arrested and executed for crimes against the state. Reports suggest a major purge of Jang’s allies continues into the new year.

The speech touched on that and several other issues of importance to the government and much has already been written about that. I thought I’d look at how the speech was delivered rather than what was said.

One of the most notable things about this year’s speech was how little Kim Jong Un was actually on screen.

The speech began with an introductory frame. 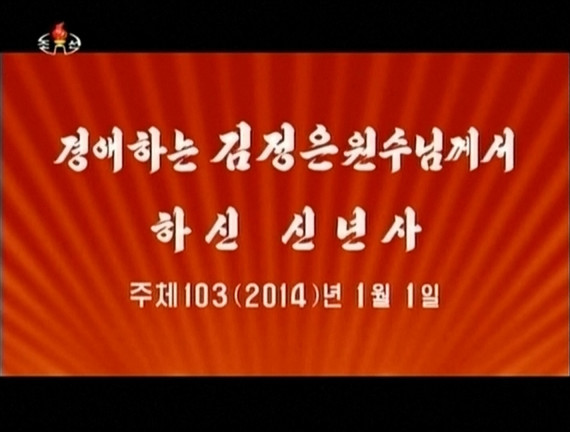 And quickly cut to a medium-angle shot of Kim Jong Un walking towards a dais with papers in his hand. While it’s impossible to tell what those papers were, we’re likely intended to conclude it’s a copy of the speech.

The Workers’ Party of Korea symbol adorns the dais, the wall behind and a flag placed nearby. 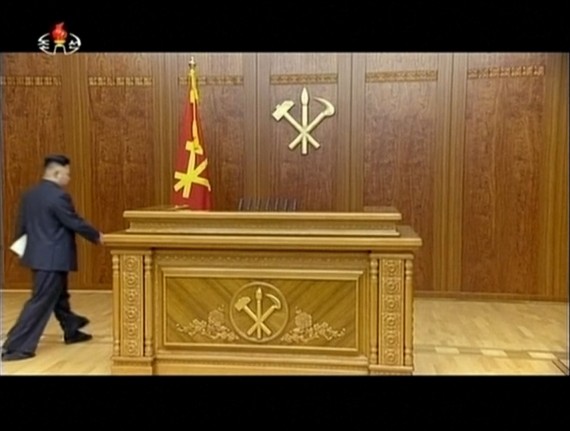 This appears to be exactly the same spot from where the 2013 address was delivered, although a year earlier there were several floral arrangements also placed nearby. 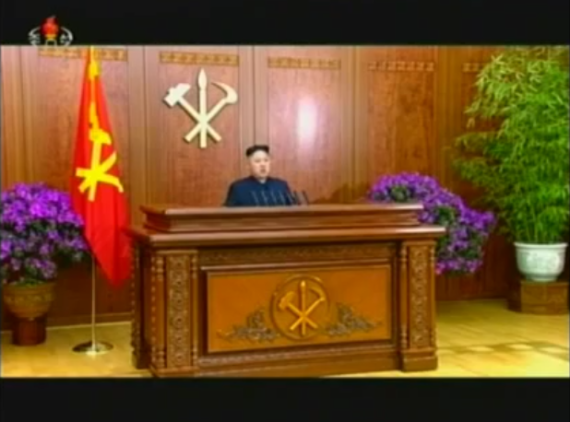 When the speech begins, viewers are alternated between the following three shots: a medium shot of Kim, a tight shot and a still image of the Workers’ Party of Korea central committee hall.

The cameras both face Kim from an angle, perhaps intended to add to the illusion that he is speaking to an audience.

Switching between cameras and a still image can be used to provide variety to the viewer and can also be used as an editing trick to mask places where a speech was edited, perhaps if a part needed to be repeated because of a stumble on words or a part was later removed or added. 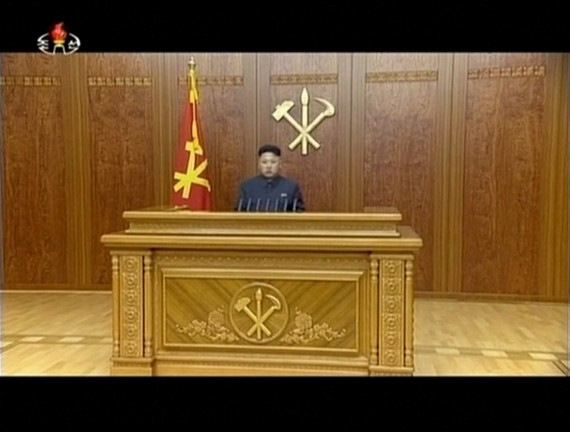 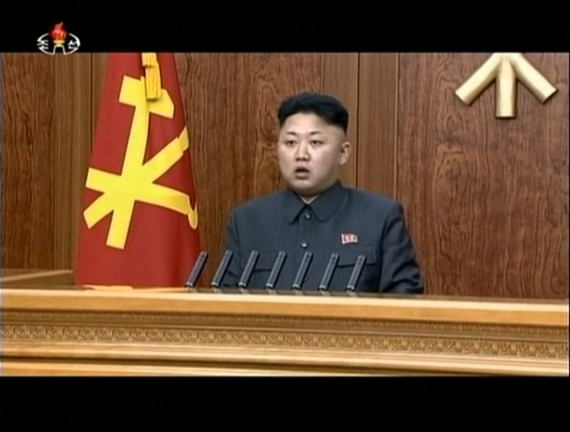 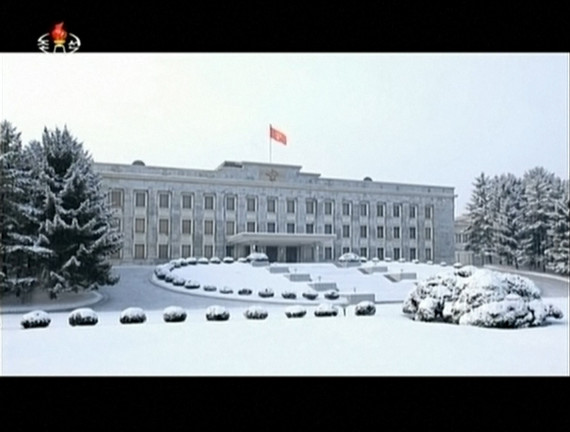 The speech was introduced with applause although an audience was never shown. Kim Jong Un is the only person seen throughout the entire broadcast.

It included 32 pieces of applause. All ranged from 5- to 7-seconds long with the exception of the opening round at 14 seconds, a piece a few minutes in at 8 seconds and the closing round at just under 10 seconds.

In all, the 26 minute and 19 second speech was interrupted with 3 minutes and 23 seconds of applause.

The applause all sounds uniform and the lack of audience shots means it’s difficult to conclude that an audience was present.

The editor alternated between the two shots of Kim Jong Un and the still image of the Workers’ Party of Korea Central Committee Headquarters for the first two minutes of the speech then went to the still image continuously for the next 23 minutes, only returning to a mix of shots in the last minute of the broadcast.

In total, Kim Jong Un was seen speaking for just 2 minutes 12 seconds of the entire broadcast.

In the 2013 speech, a similar image of the WPK building was also shown, but Kim Jong Un got much more screen time. 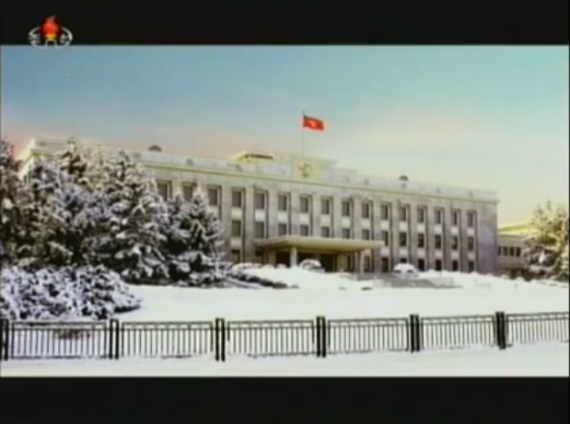