The 2014 fair appears to have significantly grown in size from 140 companies in 2013 and for the first time occupied two halls at the Three-Revolution Exhibition House: the New Technology Innovation Hall and the Heavy Industry Hall.

“The fair is more diverse in style of display than the past, and it witnesses more active consultation among companies for economic and technological exchanges and businesses,” KCNA reported. 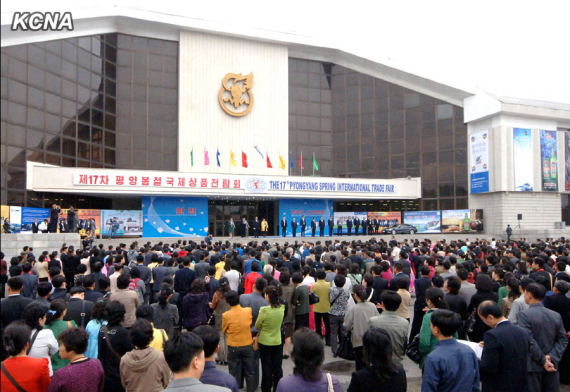 The opening of the 17th Pyongyang Spring International Trade Fair

Among dignitaries who attended the opening was:

A list of exhibiting companies was not released, although state media images and reports revealed the following: 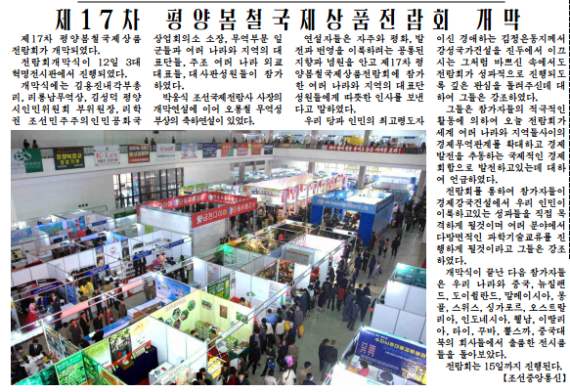