If you’ve been trying to connect to North Korean Internet sites in the last 24 hours, you might have been unsuccessful.

Connectivity between North Korea and the rest of the world has been spotty for much of the time, according to Dyn Research.

Look at the graph below. Each period of purple corresponds to an outage on North Korea’s Internet connection. 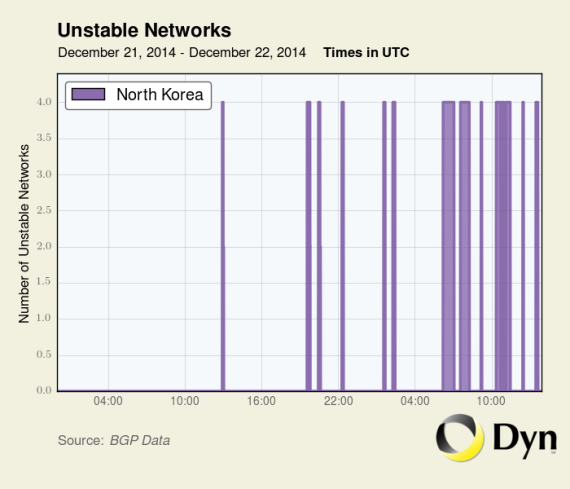 Is this related to all that’s been going on in the last few days? Possibly. North Korea’s Internet connection does suffer from periodic outages, so it could be something as mundane as network maintenance or a failing router.

On the other hand…

“I haven’t seen such a steady beat of routing instability and outages in KP before,” said Doug Madory, director of Internet analysis at Dyn Research. “Usually there are isolated blips, not continuous connectivity problems. I wouldn’t be surprised if they are absorbing some sort of attack presently.”