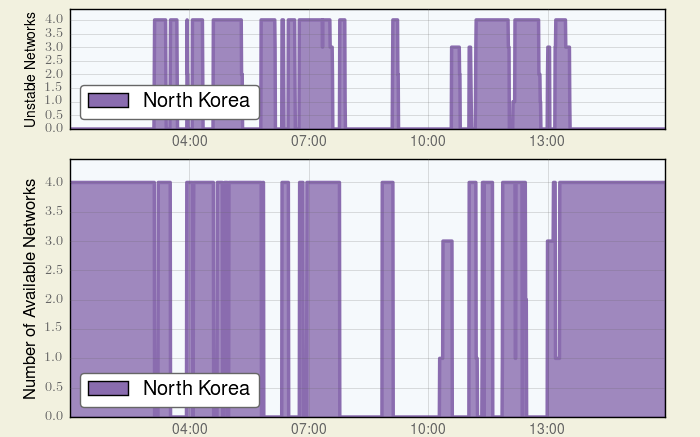 North Korea’s Internet connection is experiencing problems again, leading to difficulties in connecting to North Korean websites from outside of the country, according to data from Dyn Research. Users inside North Korea are also presumably having trouble reaching sites in the rest of the world.

The problems began just after 3am UTC and continued for several hours, as can be seen in this graph below.

North Korea’s Internet space is divided into four networks and the graph shows instability and accessibility of those four networks from locations outside of the country. The white space in the bottom graph shows a complete inability to access any North Korean Internet resource.

The cause of the problems is not known. In the past such outages have apparently been due to external attacks or internal equipment or power problems.

Whatever the cause of the problems, the connection has been stable for the past several hours. 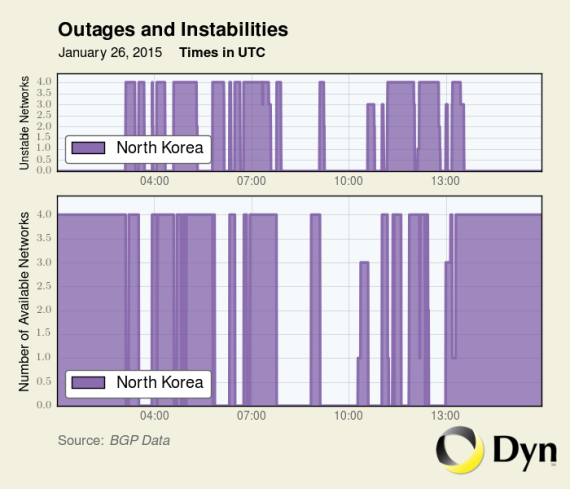