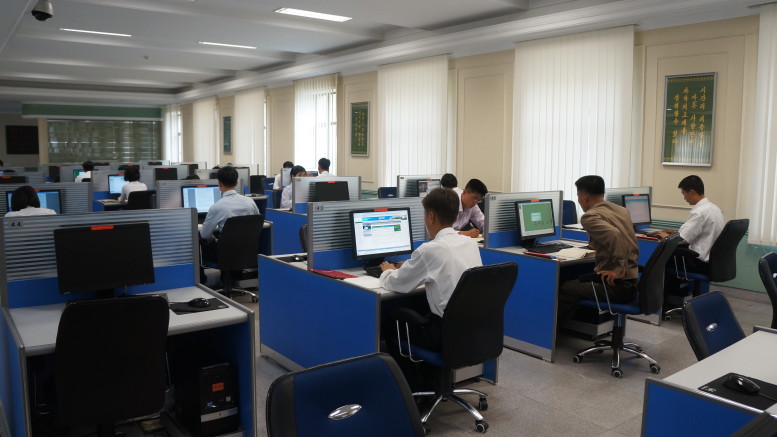 Students use computers at Kim Il Sung University in Pyongyang on May 23, 2014. (Photo: Uri Tours/CC-by-sa)

North Korea’s sole link with the global Internet has been interrupted at roughly the same time on the last three successive nights.

Interruption of the connection, which runs from Pyongyang to China, has been seen many times in the past but this is the first time it’s been observed with such regularity. The reason for the interruption is unclear, but the timing indicates it could be due to something deliberate rather than a technical problem.

The first interruption occurred just after 15:00 UTC Wednesday — or just after 23:30 Pyongyang time Wednesday — and lasted for about three hours, according to Dyn Research, a U.S. based Internet performance monitoring company that keeps a close eye on global Internet connectivity.

“I haven’t noticed this before and I’m been watching this for a few years,” said Doug Madory, director of Internet Analysis at Dyn Research.

On this graphic, you can see the three outages: 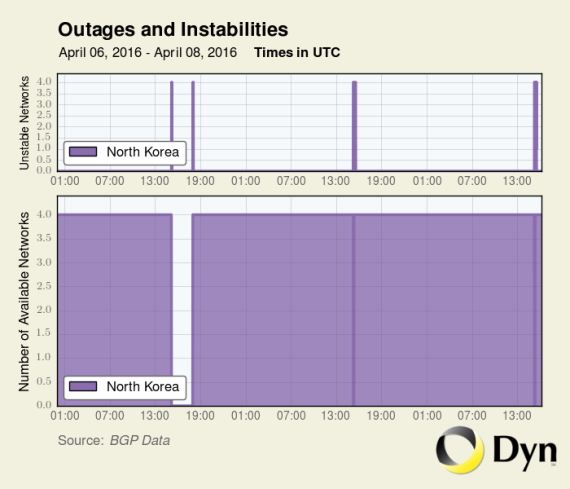 The connection, which runs from Pyongyang to connect to the global Internet in China, is the only link North Korea maintains with the Internet. The country has a handful of websites largely carrying propaganda and only a select few people are allowed Internet access, so the glitches are not something that would impact many.

It’s impossible to remotely tell the reason for the break in the connection.