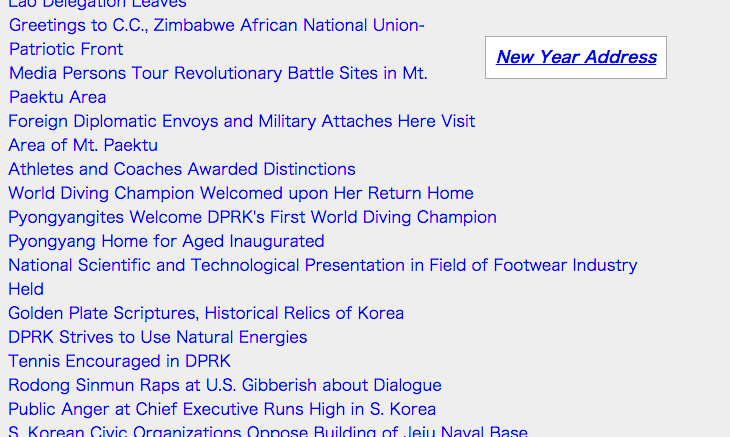 That was bad news because it carried an archive of KCNA stories going back 18 years and each story had a unique URL, which made it perfect to hyperlinking back to previous articles (There are many KCNA links on North Korea Tech pointing to the site).

But, it turns out the site hasn’t been taken down. It’s been geo-blocked so connections from outside of Japan are refused.

The block appears to have been implemented on July 6. At least, that’s the last time the Stalin search engine of North Korean news sources accessed the site. It is still being indexed by Google, which is presumably accessing the site via it’s servers in Japan.

The site is run by the Korea News Service a Japanese company affiliated with the General Association of Korean Residents in Japan.

For years, the company was the only way to get access to KCNA news in realtime, direct from Pyongyang. Even today, many foreign news agencies access KCNA through the Korea News Service in Tokyo, but the website was eclipsed in October 2010 when a KCNA site launched directly from Pyongyang.

That site, available at kcna.kp, provides a much faster way to access KCNA than the Japan site, which remains a day behind in its news.

But the Japan site still has the valuable archive. If you’re outside of Japan, about the only way to access is via a VPN service.

Here’s what the site looks like right now from a Japanese Internet connection: 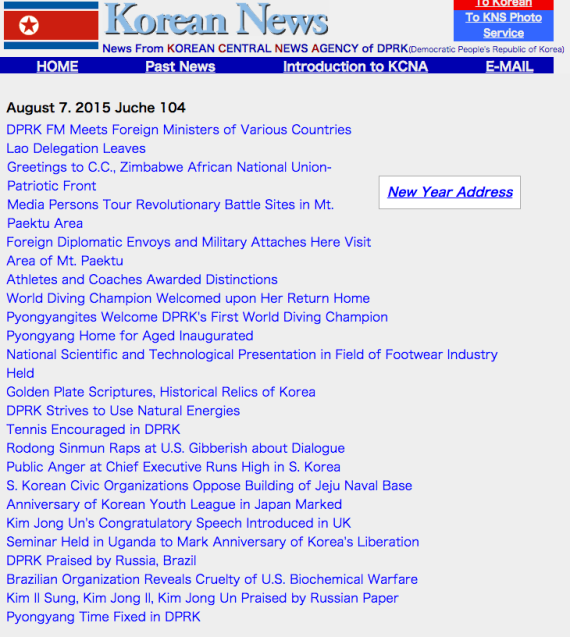 End of an era as Tokyo’s Korea Book Center closes