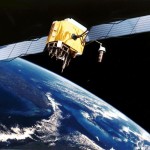 Jamming is the act of broadcasting a signal on the same channel as the intended target service so as to confuse or interfere with reception.

The report said GPS disruption was recorded in some devices in the capital Seoul and two cities closer to the border, Incheon and Paju.

One report said the disruption caused some cell phones to show the wrong time. No more details were provided, but that would be possible if the phones used the accurate GPS time signal to synchronize their clocks.

The jamming signals are believed to have come from a vehicle-mounted mobile jamming units located near the border and were possibly aimed at disrupting the current U.S.-South Korea military exercises, Yonhap said.

The jamming follows a similar incident in August last year.