North Korea’s main television propaganda mouthpiece is currently available over the Internet. The live stream of Korean Central Television appears to be originate from a South Korean web site — something that puts the site operator in potential violation of South Korea’s National Security Law.

Korean Central Television broadcasts nationwide to North Korea and is relayed over the Thaicom 5 satellite to most of Asia, the Middle East and Africa. Its terrestrial signal can also be received in some areas along the country’s northern border with China and Russia, but its signal south of the border is disrupted by South Korean government jamming and local digital TV signals.

The country’s National Security Law, which is getting some international attention at present, has seen citizens arrested for posting or forwarding North Korean news articles and writings so the online KCTV feed is a surprise.

It’s apparently the work of Seoul-based Unification Broadcasting and, according to various postings in Internet discussion boards, has been sporadically available for several months.

For most of the day — when the stream is available — it relays standard color bars but these switch to the KCTV testcard at around 16:30 Pyongyang time. These screen shots were from December 7th: 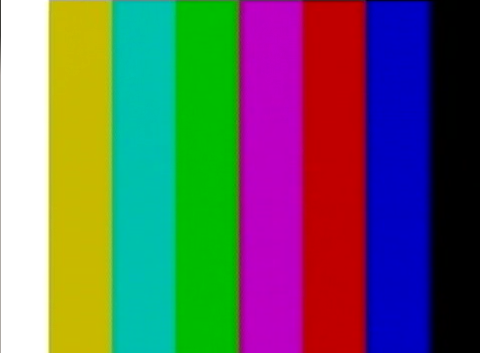 The testcard is on air until 17:00 when programming begins. For most of the time it is accompanied by a soundtrack of North Korean music but this fades at one minute before the hour. The TV station plays the same sign-on signal that is shared with domestic radio and Voice of Korea shortwave broadcasts. At 17:00 the national anthem plays and programming begins. (See a video of this on YouTube.) 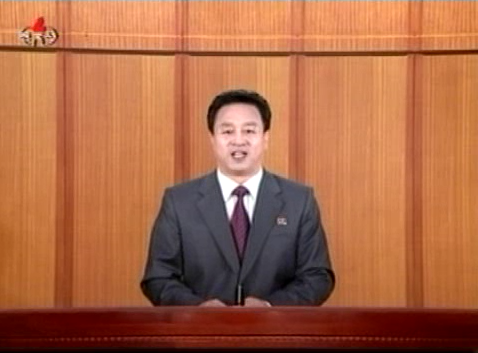 The day’s broadcast is typically led with the news and an update on Kim Jong Il’s activities before sliding into programs for children.

Here’s a sampling of the programming available (all times local to Pyongyang/Seoul/Tokyo). This was the program line-up on Wednesday, December 7:

1739 Children’s hour: children’s film “Boy who made his revenge”

1826 Roundtable: Monumental masterpiece which represents the theater art of songun era – With the creating members of the drama “We will recollect today” which is the Kim Il Sung prize laureate (1)

1912 Introduction program: The echo of that day and the 46 days of fierce war

1922 Long poem: Chongnyu Restaurant, the House of Love for the People 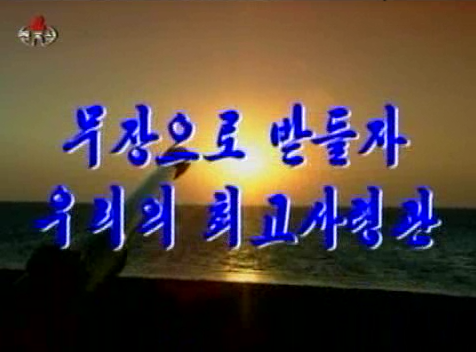 The feed appears sporadically available during the daytime hours but is typically online around 4:30pm ahead of the start of programming.

You can currently find the feed here: http://112.170.78.145:50000/chosun Try clicking on it, but it’s best and easiest viewed in VLC Media Player. Choose “Open network stream,” paste that address in and it should appear if available.

North Korea off hook for 2009 cyberattacks?