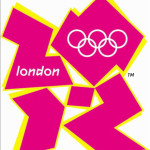 The ability of North Koreans to watch their athletes compete at the 2012 Olympics looks set to be decided this week, just in time for the opening of the games.

A official from the Asia-Pacific Broadcasting Union (ABU), an organization of major broadcasters in the Asia Pacific, is due to travel to Pyongyang to discuss airing the games in North Korea. ABU President Kim In-kyu, who also serves as chairman of Korea Broadcasting System (KBS), will make the trip on Tuesday, according to VOA.

While most broadcasters have been planning their coverage for months, the ability of KRT to broadcast the games has been in question. That’s because broadcasting rights for the entire Korean peninsula were awarded to SBS International, a U.S.-based affiliate of South Korea’s Seoul Broadcasting System (SBS) that sells rights for sporting events to South Korean broadcasters.

At the time an SBS spokesman was quoted by Yonhap as saying the three South Korean broadcasters would likely cover the cost of providing the Olympics feed to North Korea’s KRT.

“Nobody would expect to receive money from North Korea,” Roh Young-hwan told Yonhap in 2006.

Now it looks like the ABU will handle to arrangement.

The Kuala Lumpur-based organization did the same in 2010, providing a feed of the World Cup to KRT.

So expect this all to happen again in the years ahead.