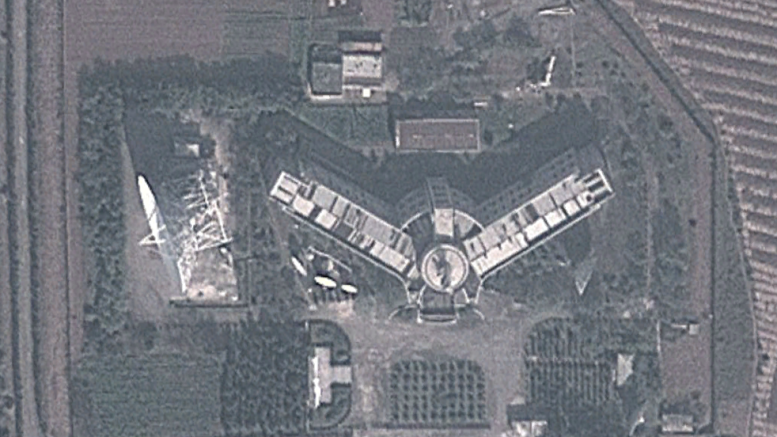 A recent Google Earth update has revealed some changes at one of North Korea’s largest international communications center.

Pyongyang Earth Station, situated in Pyongyang’s eastern suburb of Sadong, is believed to be responsible for the country’s civilian satellite communications links with the rest of the world. I wrote a little about its history in a previous post.

While there hasn’t been much change at the facility in several years, the summer of 2011 appears to have brought a change in the number and configuration of satellite dishes at the communications center.

Here’s what it looked like before the changes. This image is from October 2010. There’s a later picture, from May 2011, but this one shows off the bright white antennas better and there were no changes between the two pictures: 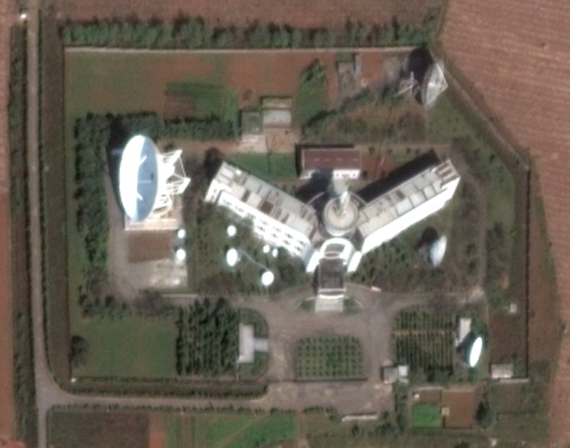 Notice the large satellite antenna in the top right of the facility and the collection of seven smaller antenna in front of the building on the left side of the picture.

Now take a look at the latest picture, from October 6, 2011. The large antenna in the top has been removed and the smaller dishes have been consolidated into three (there might still be one at the base of the largest antenna, it’s difficult to see from the image). 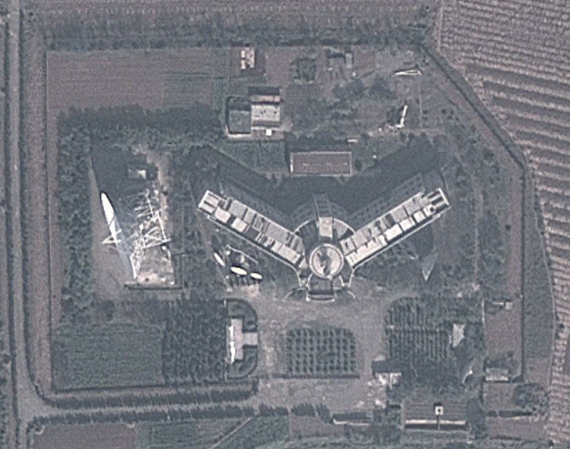 What does this mean? Like much in North Korea, it’s impossible to tell without more information.

The satellite dish farm at the Pyongyang TV Tower has been significantly expanded in the last few years, so perhaps some of the functions have been moved there.

Last year’s TV feed of the Kim Jong Il funeral shows the Pyongyang Earth Station lives on in name at least. When North Korea marks the 100th anniversary of the birth of Kim Il Sung in April, this facility is probably the one through which the world will get a glimpse at the celebrations and ceremonies being held in North Korea to mark the occasion.