In Pyongyang’s eastern suburb of Sadong lies one of North Korea’s gateways with the world. The satellite earth station, pictured below, links the country with international communications satellites.

Construction of the earth station began in early 1984, a few months before North Korea joined the Soviet-led Intersputnik group.

Back then, Intersputnik served as the satellite telecommunications coordinating body for socialist countries, and linked the Soviet Union and other Soviet-bloc states.

The DPRK was admitted as Intersputnik’s 14th member during a meeting in Karl Marx Stadt, East Germany (today called Chemnitz), in September 1984.

The earth station was inaugurated in October 1985, according to a state radio report from the time. The report said the facility covered 20,000 square meters and had a 32-meter dish. Its director was named as Pak Yong Kon.

A few years later the country became a customer of Intelsat, the Washington-based international satellite organization that provided satellite links to also every country on earth.

The Intelsat link allowed for direct access to countries like Japan, where it replaced a shortwave radio-based telephone service from December 1990.

The operating agreement was signed by Ri Hyok Chol, who was the DPRK’s ambassador to the United Nations at the time. Today he is ambassador to Egypt.

The first satellite picture of the facility in Google Earth comes from 2001. It’s reproduced below and shows three large antennas. 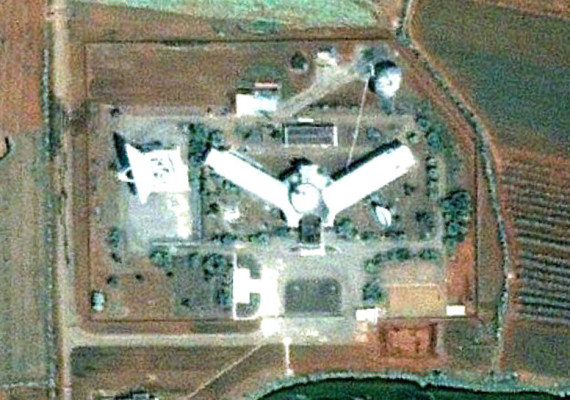 And here’s what it looked like in 2009. Not much has changed in the decade. A fourth large-size dish (likely for uplinks to satellites) has been added and a handful of smaller (likely receive-only) dishes are also present. The fourth uplink dish, visible in the bottom right of the picture, was added in late 2005, according to Google Maps images. 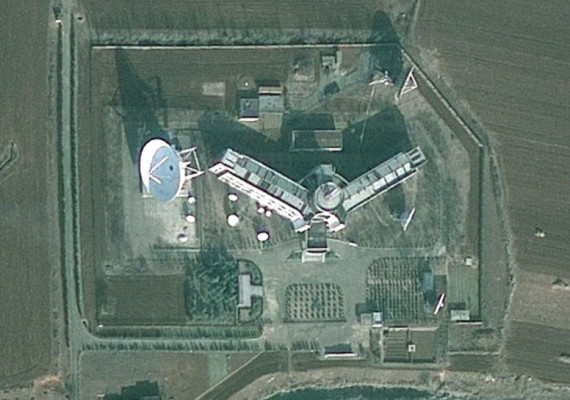 You can find it on Google Maps here.