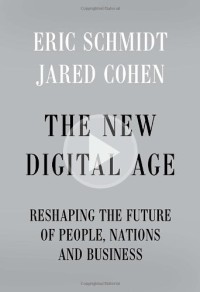 Google Chairman Eric Schmidt has said a little bit more about his January trip to Pyongyang. [Updated: see below]

The “private, humanitarian” mission, as Schmidt termed it, surprised many and saw him turn up in Pyongyang with his daughter Sophie Schmidt, Jared Cohen, head of the Google Ideas think tank, former New Mexico governor Bill Richardson and Kun “Tony” Namkung, a U.S.-based businessman that acts as a go-between in some deals between the U.S. and North Korea.

Schmidt and Cohen, who haven’t said much about the trip since leaving Pyongyang, penned a dual-bylined article in the Wall Street Journal on Saturday about the trip. The article, “The Dark Side of the Digital Revolution,” covered the role of technology in the DPRK and other tightly-run countries and served as a preview of a new book by Schmidt and Cohen that will be published on April 23.

The Wall Street Journal article, which was accompanied by a video interview, didn’t reveal much not already know about the visit or what went on behind the scenes, but Schmidt does seem to have realized the students at Kim Il Sung University were surfing the Internet for his benefit.

When foreigners visit, the government stages Internet browsing sessions by having “students” look at pre-downloaded and preapproved content, spending hours (as they did when we were there) scrolling up and down their screens in totalitarian unison. — “The Dark Side of the Digital Revolution,” Wall Street Journal, April 19, 2013.

The Internet’s role, both present and future, in the DPRK is a difficult one. Schmidt understands that the values of the Internet he most identifies with — free expression, freedom of assembly, critical thinking, meritocracy — aren’t comfortable with the country’s leadership.

On a technical level, getting the country better connected wouldn’t be particularly difficult.

As Schmidt noted on his blog in January, it would be very easy for North Korea to connect both its cellular and intranet networks to the global Internet.

But things get mixed when it comes to reasons why North Korea’s government should do this.

Perhaps the best argument made by the Google chairman to-date for greater Internet use was on his blog back in January.

As the world becomes increasingly connected, the North Korean decision to be virtually isolated is very much going to affect their physical world and their economic growth. It will make it harder for them to catch up economically. — Eric Schmidt, Google +, January 19, 2013.

Speaking to reporters after leaving Pyongyang, Schmidt said he made it “very clear” to the people he met that failure to get connected would hurt the country.

So why not rush to make the connection?

Ironically, Schmidt also makes the best argument for not connecting to the Internet — at least from the point of view of the ruling elite.

None of this will transform the country overnight, but one thing is certain: Though it is possible to curb and monitor technology, once it is available, even the most repressive regimes are unable to put it back in the box. — “The Dark Side of the Digital Revolution,” Wall Street Journal, April 19, 2013.

And herein lies the North Korean problem. While greater Internet access will bring benefits to the country, Schmidt notes correctly that greater freedom to communicate and increased access to information never leads to good things for authoritarian regimes.

North Korea is currently trying to have it both ways.

Internet-based technologies like websites and video conferencing have been brought to a nationwide intranet and citizens can call and send text messages on cell phones, but neither connects to the rest of the world. Meanwhile, companies are being allowed controlled Internet access, either through the web or email, to do necessary business and gain some of the efficiencies of the modern world.

Where North Korea goes next will be crucial for the future wealth of the county and its people, but it seems almost inevitable that a step towards more Internet access will lead to a future for the leadership and military that is uncertain at best.

Update: Nick Sutton, editor of BBC Radio 4’s The World At One, wrote to tell me they interviewed Eric Schmidt on their programme on Monday. Schmidt talks about his visit and again makes his case for greater Internet access in the country.

Find his comments about North Korea at the 8:40 mark.

2 Comments on "Eric Schmidt and the North Korean Internet dilemma"