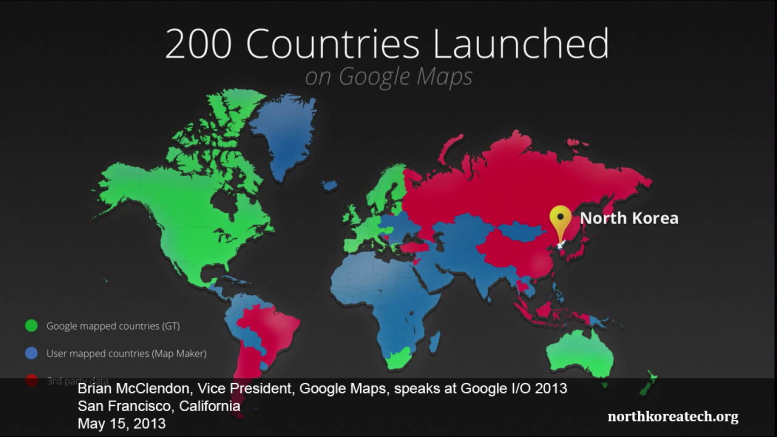 The recent addition of North Korea to Google’s Maps service made up a small part of the company’s presentation to developers at its annual conference on Wednesday.

Brian McClendon, vice president of Google Maps, spoke about adding data and what it meant during at keynote speech at the Google I/O conference in San Francisco.

North Korea had been a largely white area of Google Maps until it started publishing user-supplied data. Now a little information on Pyongyang and some of the major towns is included in the service, although it’s still far from complete.

Curtis Melvin’s North Korea Uncovered, even in the latest public edition from 2009, has considerably more information about North Korea. It can be loaded in Google Earth.

Curtis admits to some mistakes in the 2009 version that have since been updated. Some of those same mistakes are present in the data submitted to Google by users, which gives you an idea where some of those users are getting their information.