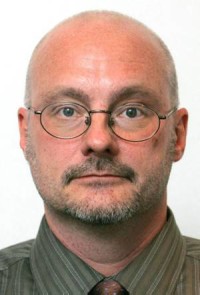 The Associated Press has named Eric Talmadge as the new chief of its Pyongyang bureau.

Talmadge was previously a news editor for the AP in Tokyo and also wrote on regional military and security issues. He is a long-time Asia correspondent for the New York-based newswire.

Most recently, he accompanied AP President and CEO Gary Pruitt on his four-day trip to Pyongyang. Talmadge filed the main story to come out of the trip, which was an interview with Kim Yong Nam, president of the country’s parliament.

With Talmadge’s appointment, previous bureau chief Jean Lee will move to a new position at the AP where she will focus on in-depth stories about North Korea.

Lee has served as the AP’s Seoul bureau chief since 2008 and took on responsibility for Pyongyang when that office opened in January 2012. In the last two years, she has made many trips to the country shuttling between North and South Korea and filed numerous stories with a Pyongyang dateline.

Taking over from her in Seoul will be Foster Klug, who becomes acting bureau chief.

The Associated Press is the only western news agency to maintain a text and photo bureau in Pyongyang. Both APTN and Reuters have TV news bureaus in the country.