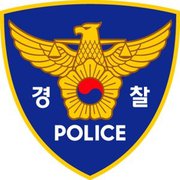 A South Korean businessman has been arrested by local authorities on suspicion of passing classified information and video and audio system technology to North Korea, Yonhap reported on Saturday.

The report said the suspect, identified only as a 54-year-old man called “Kang,” worked with agents of North Korea’s Reconnaissance General Bureau to pass the information. He regularly traveled to China and made contact with the agents directly and through email.

Few other pieces of information were available.

The case could be interesting because the Reconnaissance General Bureau is the Korean People’s Army unit responsible for spying activities, including infiltration of South Korea and electronic surveillance.

As noted in that article, the Reconnaissance General Bureau was named in U.S. Executive Order 13382 that set out trade sanctions. Here’s what the U.S. government said about it in August 2010:

The Reconnaissance General Bureau is North Korea’s premiere intelligence organization, created in early 2009 by the merger of existing intelligence organizations from the Korean Workers’ Party, the Operations Department and Office 35, and the Reconnaissance Bureau of the Korean People’s Army. RGB trades in conventional arms and controls the North Korean conventional arms firm Green Pine Associated Corporation (Green Pine), which was also identified for sanctions by the President today for exporting arms or related materiel from North Korea.

Its headquarters were located after TV footage was broadcast of a visit there by Kim Jong Il in early 2010.

The unit was reorganized in 2009/10 and 38 North published an extensive analysis:

Recent changes during 2009-2010—the most dramatic reorganization in years— seem to have been implemented to unify all the intelligence and internal security services directly under the National Defense Commission (NDC) and to secure the position of Kim Chong-il’s son, Kim Chong-un, as his successor. — 38 North Special Report