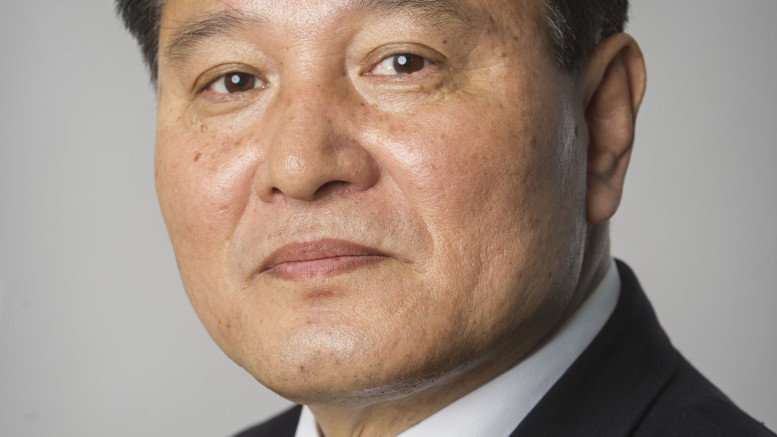 Ja Song Nam, permanent representative of the DPRK to the United Nations

Ja Song Nam, permanent representative of the DPRK to the United Nations

North Korea has taken its outrage over a new Hollywood movie to the United Nations.

Ja Song Nam, the country’s ambassador to the U.N., sent a letter to Secretary General Ban Ki Moon on June 27 with a copy of a Korean Central News Agency article that expressed displeasure at “The Interview,” a movie by Seth Rogen and James Franco.

The movie is described by its makers as an “action comedy” and has Franco and Rogen running a celebrity tabloid TV show.

“When they discover that North Korean dictator Kim Jong-un is a fan of the show, they land an interview with him in an attempt to legitimize themselves as journalists. As Dave and Aaron prepare to travel to Pyongyang, their plans change when the CIA recruits them, perhaps the two least-qualified men imaginable, to assassinate Kim Jong-un.”

“To allow the production and distribution of such a film on the assassination of an incumbent Head of a sovereign State should be regarded as the most undisguised sponsoring of terrorism as well as an act of war,” Ja said in the letter to Ban. “The United States authorities should take immediate and appropriate actions to ban the production and distribution of the aforementioned film; otherwise, it will be fully responsible for encouraging and sponsoring terrorism.”

North Korea puts out a fair amount of propaganda itself and isn’t shy about issuing threats to South Korea’s leader. 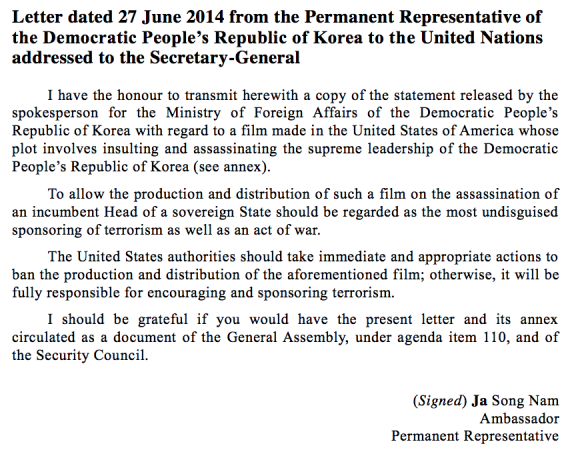 Here’s the trailer for the movie:

Where do we stand on the Sony hack?