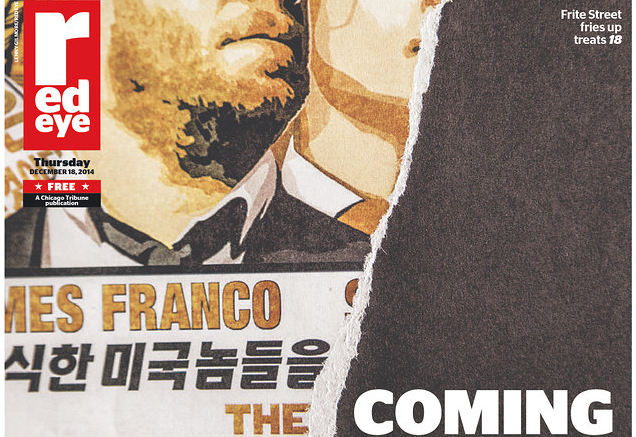 A day after Sony said it would not be releasing “The Interview” movie in theaters, on DVDs or online, reaction from Hollywood, politicians and TV commentators in the U.S. has been harsh.

The mood was perhaps summed up best by Rob Lowe:

Wow. Everyone caved. The hackers won. An utter and complete victory for them. Wow.

Seth Rogen has been quiet, probably at the request of Sony Pictures, but Rob Lowe said he had bumped into him at the airport.

Saw @Sethrogen at JFK. Both of us have never seen or heard of anything like this. Hollywood has done Neville Chamberlain proud today.

Movie and documentary director Michael Moore had this to say:

And actor Steve Carell, whose upcoming movie set in North Korea was also canceled, said it was a “sad day for creative expression.”

No one should kid themselves. With the Sony collapse America has lost its first cyberwar. This is a very very dangerous precedent.

And in the press, a couple of U.S. tabloids had memorable front pages on Thursday: 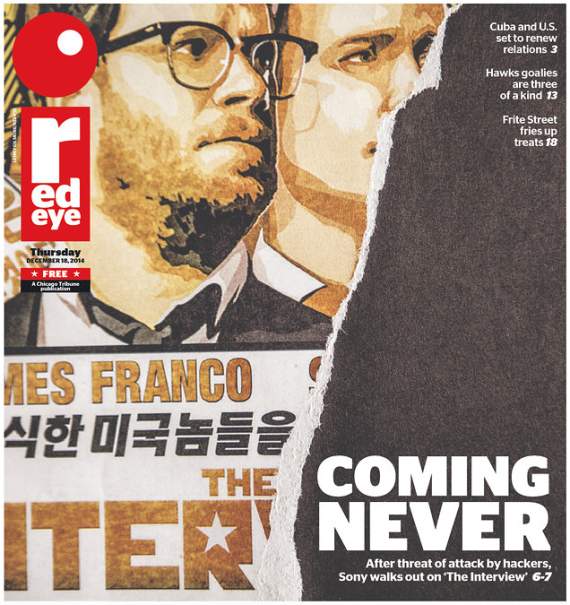 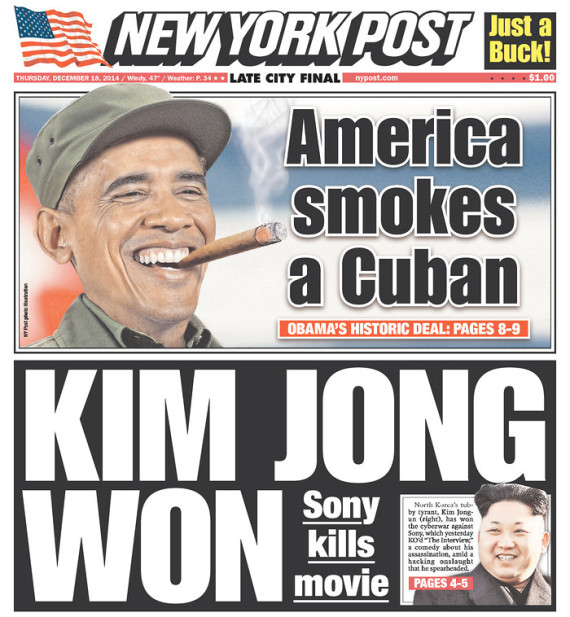