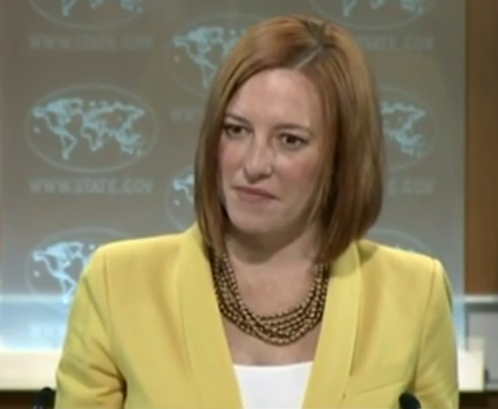 The U.S. government said Wednesday that it is concerned about a fourth round of missile launched by North Korea, in part because the country didn’t notify shipping and aviation traffic of its plans.

“We once again note with concern North Korea’s apparent failure to provide prior notification to merchant ships, fishing vessels, and passenger and cargo aircraft in the vicinity, despite international provisions to do so,” she said. “We once again urge North Korea to refrain from taking provocative actions, and instead fulfill its international obligations and commitment.”

Psaki was also asked about ongoing discussions between Japan and North Korea over the fate of a number of missing civilians.

“We are closely coordinating with our allies and partners, including Japan, taking – in an effort to take appropriate measures to address the threat to global security posed by North Korea’s nuclear and ballistic missile programs, but would refer you to the Government of Japan for any additional information about these discussions,” she said.

When asked about Japan’s possible lifting of sanctions on North Korea later this year, she said the U.S. wouldn’t speculate.

Here’s the portion of today’s briefing that covers North Korea: