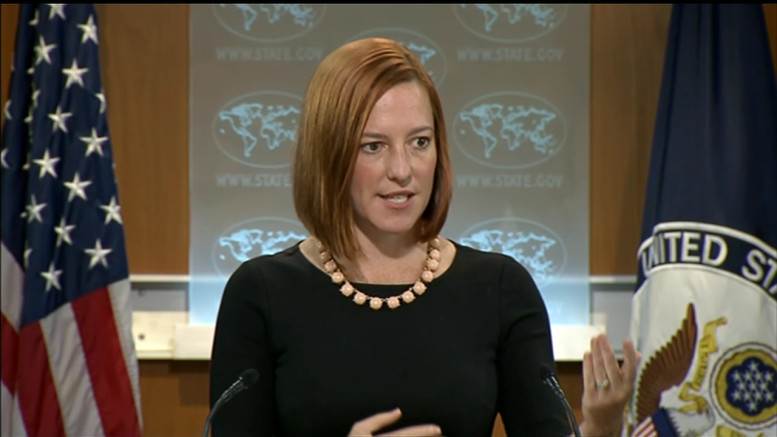 Jen Psaki, spokeswoman for the U.S. State Dept., answers questions at a briefing on July 16, 2014.

The United States and several other nations have written to the International Civil Aviation Organization (ICAO) over North Korea’s failure to notify it of missile launches.

Over the past couple of weeks, short and medium-range missile have been fired by North Korea into the sea to the east of the country on a handful of occasions. Each launch took place without a standard warning to air and ship traffic. 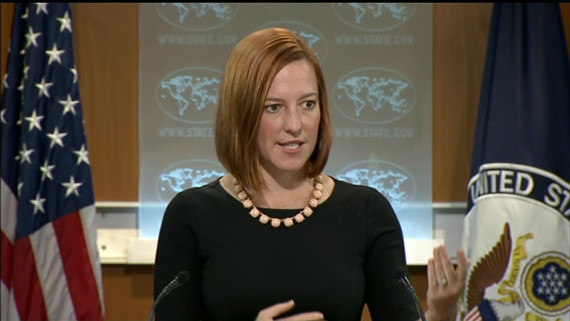 Jen Psaki, spokeswoman for the U.S. State Dept., answers questions at a briefing on July 16, 2014.

“On July 8, the U.S. co-signed a letter to the president of ICAO expressing concern with the serious threat posed to international aviation posed by North Korea’s recent rocket and missile launches,” said Jen Psaki, U.S. State Dept. spokesperson, at a news briefing on Wednesday.

“North Korea’s decision to conduct these launches without prior notification threatens the safety of international aviation and demonstrates North Korea’s disregard for the rules and regulations of the organization and hence our effort to express our concern,” she said.

News of the letter was first reported in South Korean media outlets.

North Korea has used ICAO and International Maritime Organization (IMO) channels in the past to warn of rocket launches. When it attempted to launch a satellite into space in March 2012 and successfully launched one in December 2012, it issued detailed warnings through the international organizations. Those warned of the launch and also the areas in which the first and second stages of the rocket were expected to fall to the sea.

A number of international air routes traverse the area through which the missiles flew, giving rise to the possibility that an aircraft could be hit. While the chances of such an impact are remote, the warnings are typically issued to keep aircraft away from such danger.

In March this year, a Chinese airliner en route to Tokyo flew through an area that was crossed by a North Korean missile seven minutes later, according to reports.

I’ve asked the State Dept. for a copy of the letter and will update this post if I receive it.