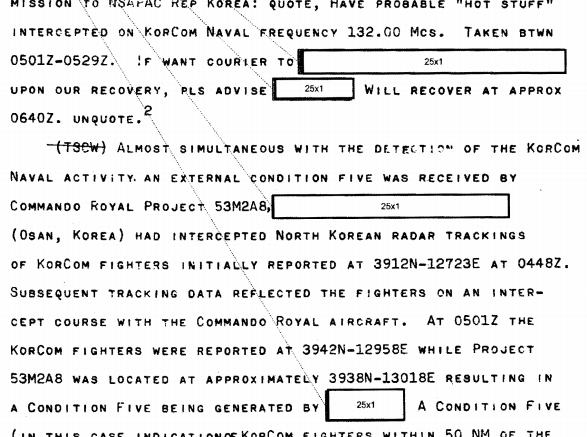 The U.S. Air Force has declassified part of a history of the Pueblo incident, the 1968 capture of the electronics and signals intelligence ship U.S.S. Pueblo by North Korean forces.

The document was prepared by the U.S. Air Force Security Service in April 1968 and provides a detailed narrative of the incident, with timings down to the minute, and is almost completely uncensored.

It was provided to The Government Attic website in November in response to a Freedom of Information request made in 2008. The website posted it this week.

There are lots of interesting parts to the story of the Pueblo, which was monitoring North Korean forces when it was challenged. The U.S. maintains to this day that it was in international waters, while the North Koreans maintain it was within the country’s territorial waters.

The document provides a little information about the incident itself, but is mostly concerned with the reaction and response to what happened

You can find the entire document on The Government Attic.