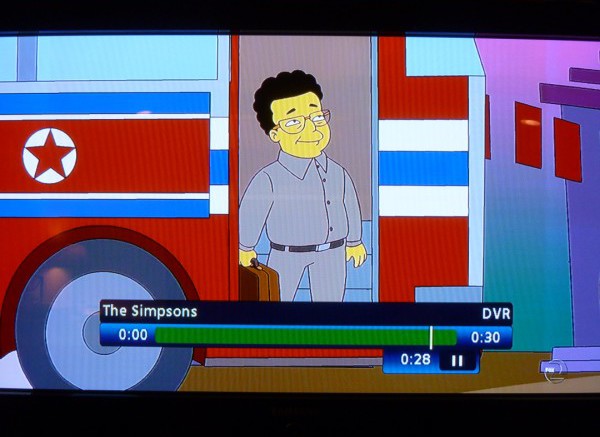 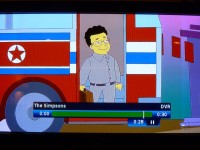 Kim Jong Il made a surprise appearance on the season premiere edition of Fox TV’s “The Simpsons” on Sunday night. And so did “the Internet he banned.”

The episode, which marked the beginning of the 23rd season of the hit animated show, features a former CIA agent called Wayne. Played by Kiefer Sutherland, Wayne becomes a security guard at the nuclear power plant and eventually saves Homer’s life.

It’s right at the end of the show that he reveals he was “in a North Korean prison being forced to write a musical about Kim Jong Il with a car battery hooked up to my nipples.” 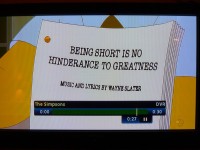 The musical, called “Being Short is no Hindrance to Greatness,” included a song that spelled out the name of the Dear Leader. The song started out with some quite cutting lines but then lost a little imagination and faded out:

“K is for Korea just the north part, I is for the Internet he bans.

M is for the millions that are missing, J is for our human-tasting jam.

O is for oh boy we love our leader, N is for the best Korea north.

G is for gee-whiz we love our leader …” 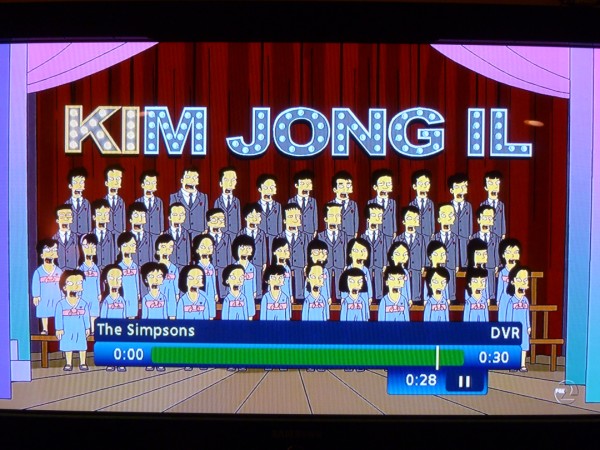