Two weeks after computers at Sony Pictures were taken offline by a major hack and just over a week since North Korea was mentioned as a suspect, the country’s state media has commented for the first time and denied any involvement in the attack.

In a report on Sunday, the Korean Central News Agency carried a statement from the National Defence Commission that also blamed South Korea for the suspicion.

It’s worth noting that the first report that mentioned North Korea as a suspect was published by Re/code, a San Francisco-based technology news website. South Korea doesn’t appear to have much to do with the suspicions and finger-pointing that have been going on for more than a week. 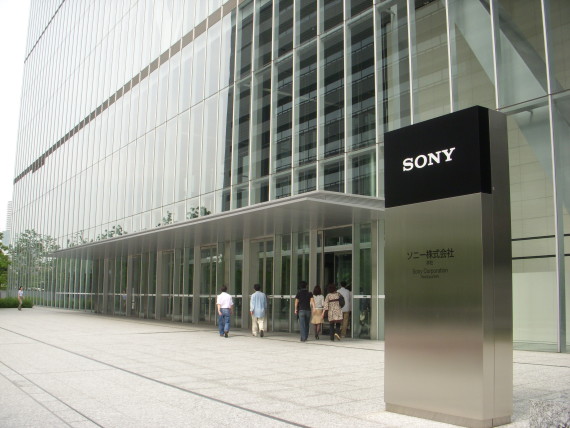 “We do not know where in America the Sony Pictures is situated and for what wrongdoings it became the target of the attack nor we feel the need to know about it,” KCNA quoted the NDC as saying.

“But what we clearly know is that the Sony Pictures is the very one which was going to produce a film abetting a terrorist act while hurting the dignity of the supreme leadership of the DPRK by taking advantage of the hostile policy of the U.S. administration towards the DPRK.”

That refers to “The Interview,” a Sony movie that is due for release on December 25. The movie’s plot sees two celebrity reporters travel to North Korea to interview leader Kim Jong Un, with a secret mission to kill him. North Korea previously complained about the movie to the United Nations.

The statement goes on to say the hack “might be a righteous deed of the supporters and sympathizers with the DPRK” who were responding to its earlier appeal to the U.S. to stop distribution of the movie.

To-date, all of the messages published by hackers have hinted at arguments with Sony over restructuring.

But despite the lack of a North Korean link in the messages, there is a tentative and intriguing connection in some of the software used for the attack.

Several computer security agencies that have analyzed technical details of the hack say the code bears similarities to attacks conducted on the Korean peninsula last year that paralyzed the networks of TV broadcasters. Those attacks were blamed on North Korea — something the country also protested.

Here’s the full text of the NDC statement as carried on KCNA on Sunday:

Pyongyang, December 7 (KCNA) — The spokesman for the Policy Department of the National Defence Commission (NDC) of the DPRK Sunday gave the following answer to the question put by KCNA as regards the fact that the south Korean puppet authorities spread a wild rumor while forcibly linking the recent extra-large hacking in the U.S. with the DPRK:
The SONY Pictures, a film producer in the U.S., has reportedly been attacked by hackers.
The hacking is so fatal that all the systems of the company have been paralyzed, causing the overall suspension of the work and supposedly a huge ensuing loss.
Much upset by this, the U.S. mobilized many investigation bodies including FBI, CIA and the Department of Homeland Security for urgent investigation and recovery of the system.
We do not know where in America the SONY Pictures is situated and for what wrongdoings it became the target of the attack nor we feel the need to know about it.
But what we clearly know is that the SONY Pictures is the very one which was going to produce a film abetting a terrorist act while hurting the dignity of the supreme leadership of the DPRK by taking advantage of the hostile policy of the U.S. administration towards the DPRK.
We already called upon the world to turn out in the just struggle to put an end to U.S. imperialism, the chieftain of aggression and the worst human rights abuser that tramples down the universal rights of people to peaceful and stable life and violates the sovereignty of other countries, as well as its followers.
The hacking into the SONY Pictures might be a righteous deed of the supporters and sympathizers with the DPRK in response to its appeal.
What matters here is that the U.S. set the DPRK as the target of the investigation, far from reflecting on its wrongdoings and being shameful of being taken unawares. And the south Korean group, keen on serving its master, groundlessly linked the hacking attack with the DPRK and floated the “story about the north’s involvement”, an indication of its inveterate bitterness towards its country fellowmen.
The U.S. and south Korean puppet group are all accustomed to pulling up others for no specific reason when something undesirable happens in their own land.
The south Korean puppet group went the lengths of floating the false rumor that the north was involved in the hacking that happened in the U.S., a country far across the ocean.
It should be well aware that it can not evade the severe punishment by the anti-U.S. sacred war to be staged all over the world if it blindly curries favor with the U.S. as now.
The U.S. should also know that there are a great number of supporters and sympathizers with the DPRK all over the world as well as the “champions of peace” who attacked the SONY Pictures.
The righteous reaction will get stronger to smash the evil doings. -0-