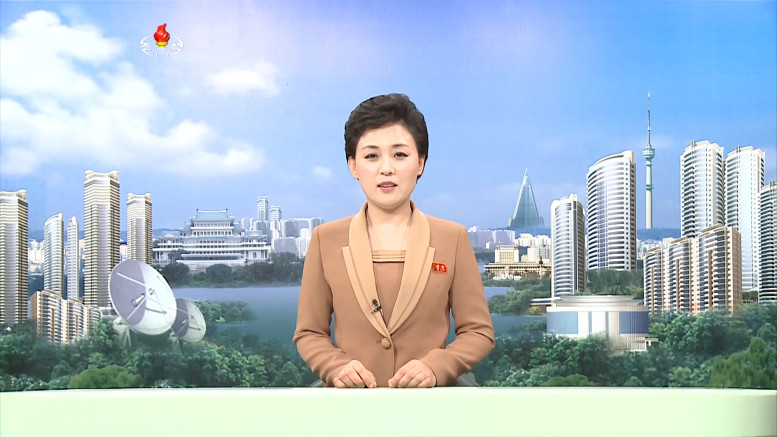 There was a little bit of excitement among North Korea watchers, myself included, earlier this year when the state TV broadcaster, Korean Central Television, took its first step towards high-definition broadcasting.

It was signaled by a switch in satellite transmission formats that increased the available screen resolution by more than five times, from just over 414,000 pixels to more than 2 million pixels.

That’s a big deal because getting information out of North Korea is difficult. Sharper, clearer pictures provide a look at North Korea that’s literally much more detailed. It will be easier to see the faces of officials several steps behind Kim Jong Un, the writing on posters and signs on walls and the daily changes taking place in Pyongyang.

To get an idea of the difference, take a look at these images. First the conventional standard definition image: 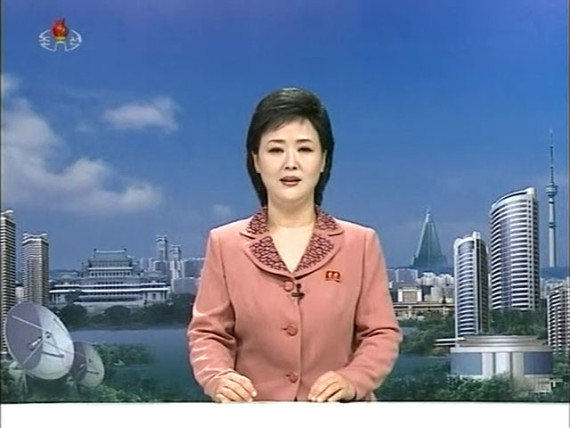 And here’s the high-definition image. You can click on each picture to see them at maximum resolution to fully appreciate the difference. 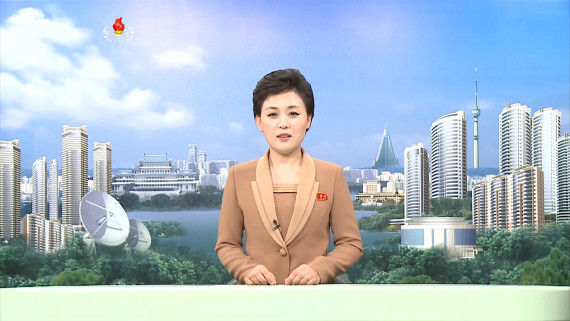 But since the switch to an HD-capable satellite channel in January, high-definition is only being used for a fraction of the broadcast day.

The only thing seen so far in high definition so far has been the shot, shown above, of the state TV anchor in the studio. This usually appears twice a day, once just after the start of programming and once at the end of the day. All other programming, including the key evening news, is still being broadcast in standard definition.

Notably, coverage of Kim Jong Un’s work now looks like this, a widescreen picture crammed into a standard definition frame: 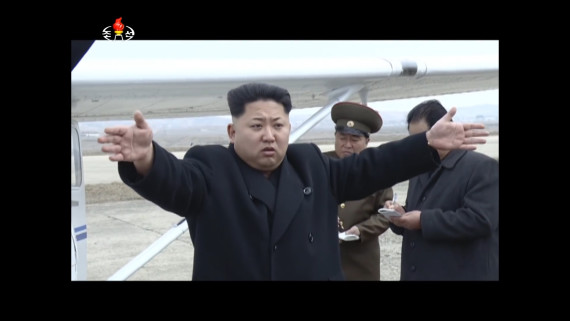 Pictures of Kim Jong Un are being shot in high-definition widescreen, but currently being aired within a standard definition window.

That indicates that high-definition cameras are probably being used to cover Kim’s activities — a natural choice for the broadcaster — but the production workflow is still all based on SD signals.

So why is the announcer in high-definition?

My theory is that it’s probably the only live programming seen each day, and in technical terms it’s easy for KCTV to take that live signal and put it straight on air.

The only other thing worth noting is that it’s unclear how much of this is available inside North Korea in high definition. A North Korean magazine made a mention of digital television tests in March 2013, but since then there has been nothing else reported. The vast majority of homes with televisions will have older analog sets, so KCTV will be serving those viewers for many years to come.

Here’s a recording of the closedown sequence from the Thaicom satellite signal. Thanks to Jaffar al-Majmuni for recording and supplying the footage. After the program guide, you’ll see the high-definition pictures before a return to the national anthem in standard definition. Be sure to switch the YouTube resolution to 1080P to see it at full quality.

(The audio momentarily drops for a few seconds, but soon comes back.)