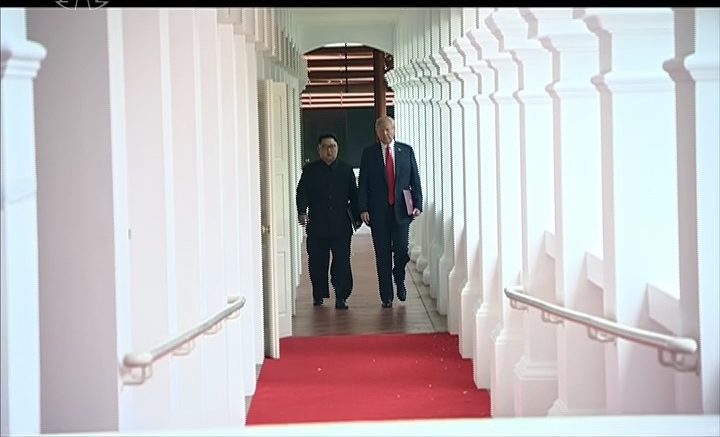 As expected, Korea Central Television broadcast a documentary on Thursday about Kim Jong Un’s trip to Singapore and his meeting with Donald Trump.

The documentary was about 45 minutes long and gave most of North Korea its first look on video at Donald Trump.

As with all state TV coverage, the documentary wasn’t focused on the summit but focused instead on Kim Jong Un. So it followed his trip in chronological order, starting with his departure from Pyongyang Airport. The summit came later in the program.

2 Comments on "How North Korean TV covered the summit – Thursday"