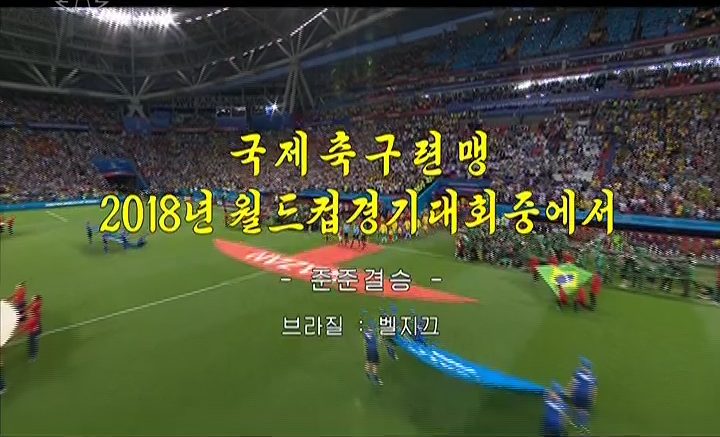 North Korean TV viewers are getting delayed coverage of the FIFA World Cup although one team has pointedly been excluded from the coverage.

For days after the World Cup began on June 14, North Korean TV was silent about the contest but that changed on July 1 when it televised Argentina vs France.

The game was played June 30 in Kazan kicking off at 11pm local time in Pyongyang, so Korean Central Television shifted the game to the first available primetime spot. It aired on July 1 at 9:03pm. 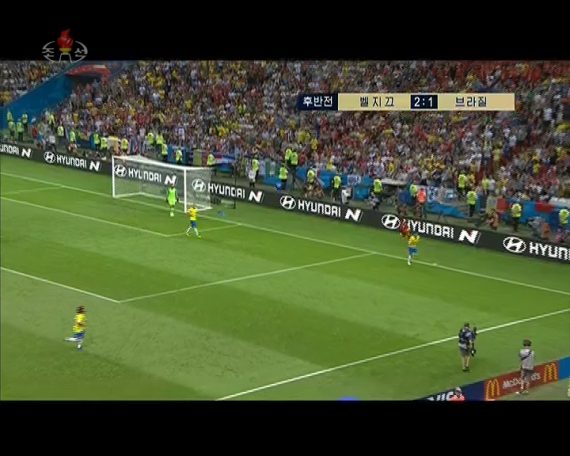 The games are being shown without a match clock on screen and are being edited for length. The July 9 telecast of Brazil vs Belgium lasted just under 70 minutes for a match that was 96 minutes long.

Only one game from the group of 16 hasn’t been televised: the match between Belgium and Japan. This is likely linked to the current hardline state media is taking against Japan. North Korea has repeatedly criticized Japan this year and ignored it during diplomatic talks with China, South Korea and the U.S.

It also means that despite the recent summit with South Korean President Moon Jae-in and much talk of better relations between the two countries, North Korean viewers didn’t see any of the progress of the South Korean team, including its exciting 2-0 defeat of Germany.

In previous years, South Korea’s SBS held World Cup TV broadcasting rights for the entire Korean peninsula and often made the game available to North Korean state media. But this year the TV rights for North Korea are held by state television, according to FIFA.