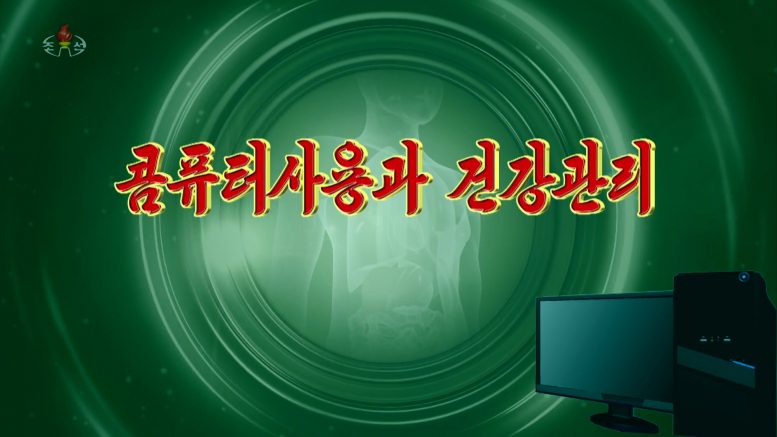 Computer Use and Health, broadcast on Korean Central Television on January 3, 2021 (Image: KCTV)

North Korean workplaces aren’t renowned for being particularly high-tech, but a new program on state television hints at increasing PC use and associated health problems.

The program called “콤퓨터사용과 건강관리,” or “Computer Use and Health,” sets the scene by saying computer use is expanding but can bring unwanted health problems including eye strain, back and muscle pain and insomnia.

A doctor from Kim Manyu Hospital in Pyongyang provides commentary and the narrator offers advice, such as where to place a monitor and the correct height and sitting position for computer use. 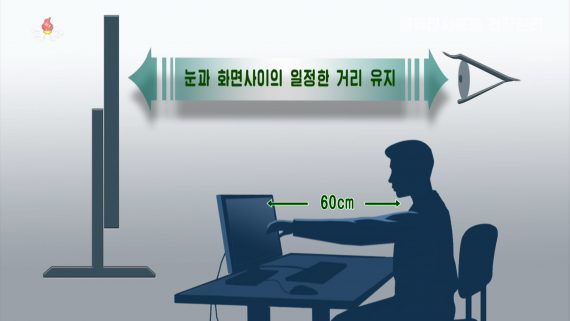 Computer Use and Health, broadcast on Korean Central Television on January 3, 2021 (Image: KCTV)

It’s the kind of advice that should be familiar to anyone who does a lot of computer use, but something that’s only been needed in recent decades as workers spend more and more time at desks in front of screens.

The broadcasting of this program on North Korean TV hints that PC-based office work is becoming increasingly common in the country.

Korean Central Television aired two episodes to-date; the first was broadcast on January 3 and the second on January 18, 2021.